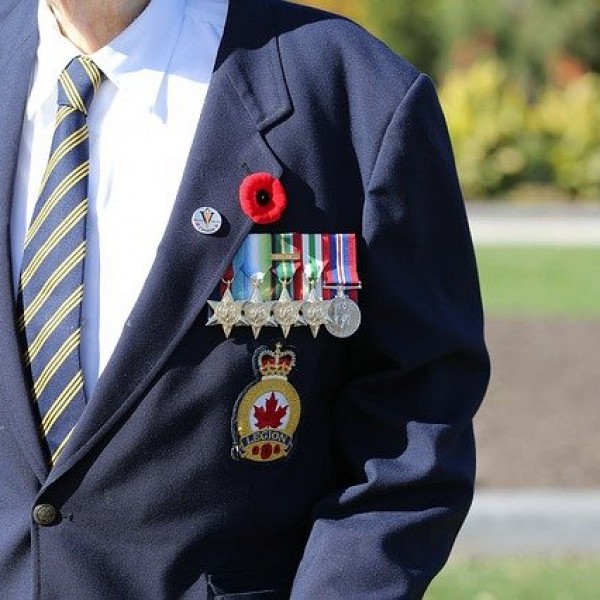 Editorial: A Moment To Honour A Lifetime Of Service

We ask so much of those who serve in our armed forces.

We ask them to give their lives to protecting and upholding the values we hold so dear – and often take for granted.

We ask them to sacrifice themselves for our nation and other nations around the globe without the gratitude this sacrifice deserves.

Whether Veterans of past wars or those presently serving in a variety of peacekeeping and support missions – albeit in many areas where daily peace doesn’t exist – our brave men and women of the Canadian Armed Forces have answered the call to put the needs of the many above their own.

Throughout our nation’s history, over 2.3 million Canadians have served with over 118,000 making the ultimate sacrifice, according to Veteran’s Affairs.

A current operations list from the Government of Canada shows there are nearly 40 operations – or missions – underway where Canadian men and women are being or have been deployed across the world.

There are many more stationed at bases throughout our nation training, studying and on call should they be needed.

They put themselves in harms way and dedicate their existence to being a force for good. They display good Canadian values everywhere they go, representing each and everyone of us with honour and dignity.

They do this without asking for thanks or accolades: without needing the instant gratification many crave on a daily – maybe even hourly basis.

Truth be told, only one day a year isn’t nearly enough to properly show appreciation for their service. It would be good for us all to remember to say thank you to those who serve when meeting them on the street, in a store, on a bus, or wherever else.

But, at the very least, we need to show our appreciation once a year on Remembrance Day by wearing a poppy, sharing your thanks on social media using #RemembranceDay, or observing a moment of silence at 11 a.m. on November 11.

On a non-Covid year, we would be watching past, present and future members of our Armed Forces parade and hold service at our local legions. Unfortunately, this will not be the case this year as they will hold private, by-invitation only services for safety reasons.

For those wanting to watch a service, the National Ceremony will be broadcast live on several television stations and the Royal Canadian Legion’s Facebook page.

So, no matter who you are and where you are, be sure to honour our amazing men and women who have served in the past and continue to serve in the Canadian Armed Forces this Remembrance Day and beyond.