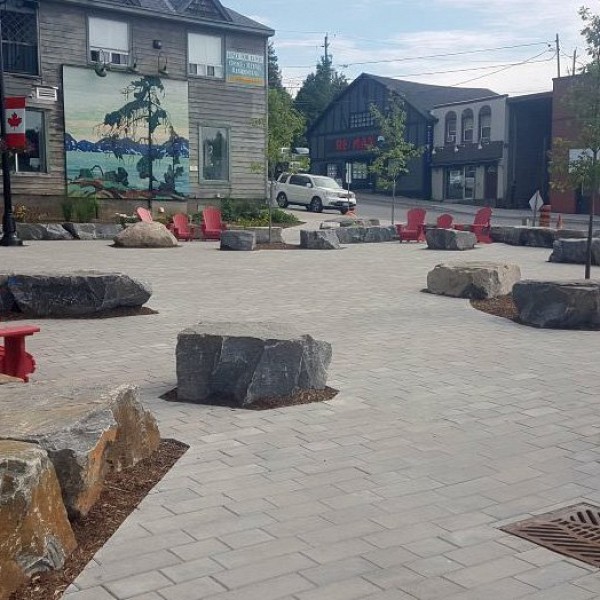 A new art display is being considered for the recently renovated Kent Park in Huntsville.

The park, at the corner of Main Street and Brunel Road, is an area where people can sit and relax and enjoy the scenery. And given the engagement that the Tom Thomson statue outside of the Huntsville Civic Centre gets, with people taking selfies around it, the Town’s General Committee felt something similar for Kent Park could be an added benefit for the community as well.

During the Committee meeting on July 27, 2022, Deputy Mayor, Nancy Alcock, suggested, “It should be a public process…when and where it should go, created by a local artist or group, not something you see elsewhere, iconic, and represent who we are as a community and what it’s all about.”

The committee concurred that the public be able to participate in the process.

Councillor Jonathan Wiebe suggested, “It should be open to the public, in terms of a contest…artists can pitch ideas…and public desire and engagement…fun and engaging and majority wins, versus having someone decide.”

Mayor, Karin Terziano, indicated that $100,000 in donations were generated for the Tomson sculpture, and that maybe the potential “public process may be a way to help raise funds for the new art in Kent Park.”

The resolution was approved with further considerations in place to involve staff, community partners and local artists, regarding art possibilities. Staff will report back in the next meeting regarding further details and processes that will be followed.