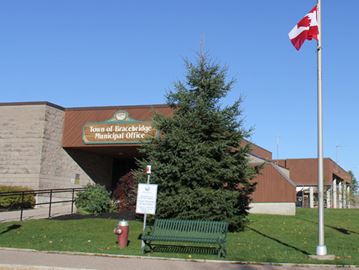 The Town of Bracebridge will be temporarily borrowing $5 million to meet expenditure requirements as it awaits revenues to cover the costs.

This is a fairly standard occurrence among municipalities in between issuing property tax invoices and then receiving the payments, as well as income from other sources such as permit fees.

This type of borrowing is permitted under section 407 of the Municipal Act to allow municipalities to meet their financial obligations.

However, there are limits to how much a municipality can borrow at any one time. Limitations include, from January 1 to September 30: up to 50% of estimated revenues for the year, excluding reserve transfers and amounts derived from arrears of taxes, fees or charges.

From October 1 to December 31,  the limit is up to 25% of estimated revenues for the year, excluding reserve transfers and amounts derived from arrears of taxes, fees or charges.

Should borrowing be required prior to the budget being adopted in the year, as is the case for Bracebridge this year, the previous year budget is used to calculate the limits.

Councillor Steven Clement says, “it’s a pretty common motion we get every year.”

Other councillors had no comments or questions and quickly approved the motion to allow borrowing the funds.