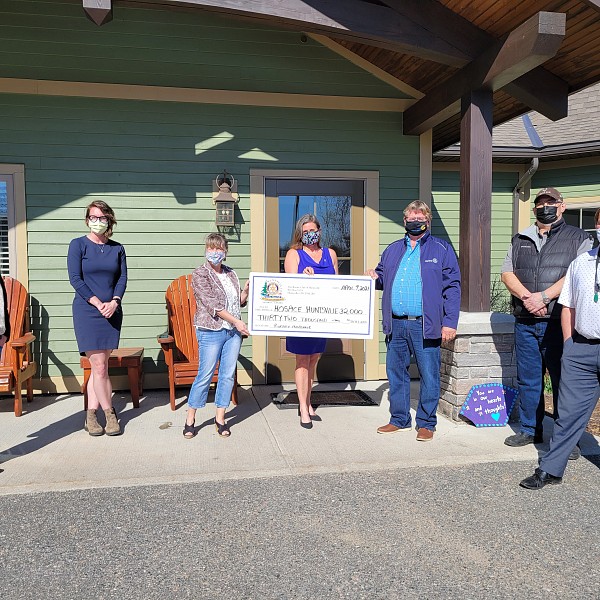 The three local celebrity chefs, Jeff Suddaby, Rory Golden and Randy Spencer facilitated the event when they learned it would support Hospice Huntsville.

Three hundred and sixteen dinners were purchased and the event sold out in two weeks. Eleven thousand dollars in corporate sponsorship was secured, in addition to a donation, by Hunter’s Bay Radio, of $5000. Guests received a full box of prepared food, along with an awesome swag bag full of goodies and treats donated by local businesses.

After dinner, guests were treated to an evening of superb entertainment, including an all Canadian line up featuring Jim Cuddy, Hawksley Workman, Amy Sky, Kevin Hearn, Beverley Mahood, as well as some fine local talent.

Co-Chair Brandy Van Gelder says “The support of the community has been totally outstanding. We were blown away by the commitment and involvement from local business support, to volunteers, to all the guests who participated.”