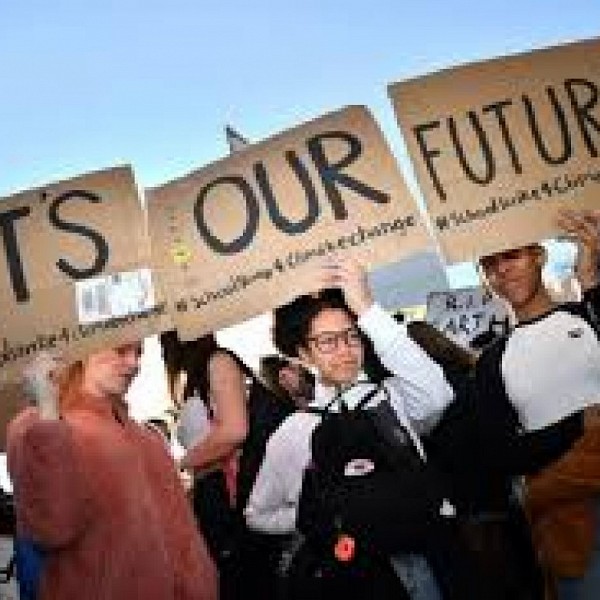 The group Climate Action Muskoka is calling on all Muskoka residents to come together at a Global Climate Strike rally and march on Friday, November 29 from 11:30 am to 1:00 pm at Memorial Park in Bracebridge.

It's part of Global Strike 4 Future, in which millions of demonstrators worldwide will be calling on individuals and all levels of government to work together to take urgent action to tackle the defining issue of our time—climate change.

BMLSS student Kelsey Smith, one of the organizers of the school-wide walkout in September, is encouraging her classmates to “make a day of it” and participate in the November 29 strike, which is a board holiday.

“We have to do much more, and we have to do it faster,” says Tamsen Tillson of Climate Action Muskoka. “Individuals, business owners and every level of government have to join this fight.”

Similar marches are happening in Parry Sound, and the Bracebridge rally is being supported by other groups including Muskoka Power of Many.

Tillson says that Canada, whose per-capita emissions are more than double the average of the G20 nations, is not on track to meet its own Paris Accord targets, targets which many scientists say are too weak.