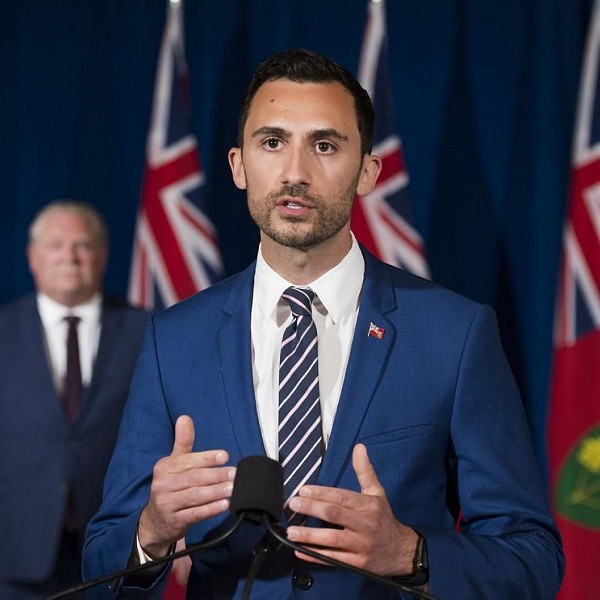 The Canadian Union of Public Employees (CUPE) and the province reached an agreement at the last minute on Sunday after a weekend of negotiations, CUPE says.

CUPE, which represents 55,000 workers, staged a two-day walkout earlier this month. The province promised to repeal legislation that imposed a contract on its members and banned their right to strike.

The union set a deadline of 5 p.m. today for CUPE and the province to reach a labour deal.

CUPE, which represents educational assistants and custodians, recently agreed on a 3.59 percent wage increase but is still fighting for higher staffing levels.

CUPE-OSBCU president Laura Walton says “The tentative agreement includes a flat-rate wage increase, instead of a percentage.  This tentative agreement is nowhere near everything education workers and kids deserve, however it’s all this government is willing give," she said.

Ontario students won't miss class due to a strike, Education Minister Stephen Lecce said.
"All parties...leave this tentative agreement with positive outcomes," he said. "I think all parties have won incrementally."
The union wanted $100 million in staffing guarantees for educational assistants, librarians, custodians, and secretaries, as well as an early childhood educator in every kindergarten classroom, not just those with more than 16 students.

No other details were released.