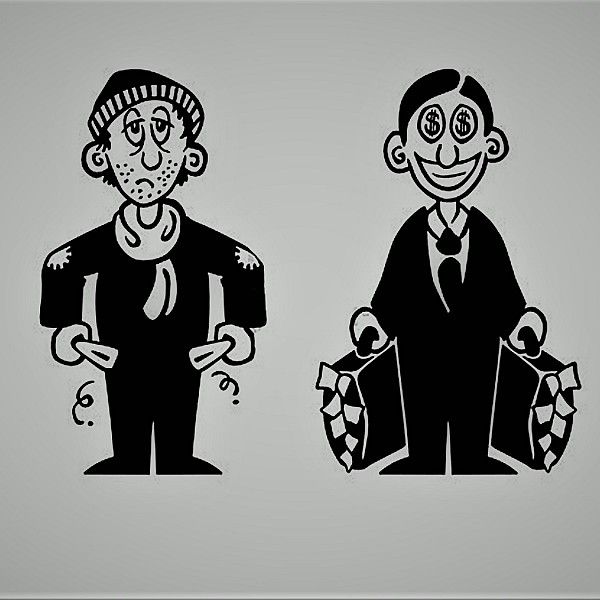 The Town of Huntsville sunshine list of staff who made over $100,000 in 2020 came to light last week and it made us think about the morality of the situation.

Not only for those in Huntsville, but for the employees and elected officials from every level of government across Canada.

We will learn in the coming weeks, as we did in Huntsville, that many government staff received substantial raises in 2020.

In a normal year, this wouldn’t be an issue. In a normal situation, I wouldn’t bother saving this space for the topic – or maybe I would even defend certain individuals we know have worked hard and earned their salaries. In fact, in most years I don’t believe the sunshine list is even worth distributing – people will earn what the market will bear.

But this isn’t a normal year . . . not by a longshot. Though I understand salaries and pay increases are part of legally binding contractual obligations, with many public sector and private sector individuals having been laid off due to the pandemic, the sunshine list doesn’t play well with the majority of taxpayers.

Handing out pay raises when their salaries are already soaring above the household median income is like a slap in the face to people who have lost their jobs, lost their businesses, or are struggling to keep their heads above water.

I think about the PSWs who have to fight tooth and nails to receive the $4 per hour, temporary pay increase which not only isn’t enough for what they do, it should be a permanent increase.

I think about the people hustling several gigs to keep themselves in a decent financial position; I know several who certainly deserve $100,000 plus a year but aren’t getting it.

I think about the mothers and fathers who were forced to go on CERB during lockdowns and beyond to care for their children.

I think about many people I know who are either unemployed or severely under-employed due to circumstances beyond their control.

I think about all these people and more, then ask myself, what are they thinking when they read about the sunshine list? What is going through their minds as they find out these public sector employees received raises?

I know several are questioning how any government staff could be getting a raise considering the swath of public buildings and facilities that have been, and continue to be, closed due to COVID concerns and decrees from “public health officials.”

Government staff, at least those who have managed to keep their jobs, have been able to work from home with virtual council and other meetings becoming the norm.

This saves time, money, and indeed for many the stress of facing and servicing individuals in a public space.

You can’t blame the average taxpayer for questioning sunshine list salaries and raises when the community is receiving fewer tangible services than ever before; there are no indoor activities being run or space made available for our youth or adults, there are no municipal offices open where staff are ready to help . . . and so on.

All this makes us wonder if all government employees and elected officials should have had pay freezes this year. We know that the Town of Huntsville Council made less money in 2020 than originally budgeted for; this was a important gesture and one that shows some understanding of what’s really happening in the world.

However, adding a salary freeze for all public sector employees would have also been both fiscally and morally prudent. There are even those who believe a pay cut would have been in order, but I don’t believe pay cuts for staff of any organization are appropriate.

Salary freezes for the duration of COVID and even a year or two after the pandemic while our economies recover would show the average taxpayer that the “people in charge” understand the plight of their communities.

It would have show empathy to all those who are fighting day by day to get by, to find new employment, to “stay safe” and “follow the rules,” to feed their families, to live with hope of a brighter future, and to just live.

Instead, the reverse is being presented at all levels of government as public sector wages continue to be the top budget expenditure. Go through any budget in Muskoka – for the towns, township, or District – and you’ll see that more money is spent on wages than on anything else.

Premier Doug Ford is making two salaries totalling over $300,000 – one for being premier and one for being an MPP. That’s absolutely ridiculous at the best of times, but during COVID, it’s almost insulting to his constituents in Ontario.

To get an idea of how much the province spends on salaries and wages (and this is just the sunshine list, not those under the $100,000 threshold), check out: https://www.ontario.ca/page/public-sector-salary-disclosure

Meanwhile, in Ottawa, the Parliamentary Budget Officer indicated in a 2020 report that spending on salaries and wages for federal personnel are expected to increase from $47.3 billion in 2020 to $52.1 billion by 2025.

And it’s coming at time when the public is being asked to make huge sacrifices in all aspects of their life.

Perhaps, before asking the private sector and taxpayers to keep footing the financial bill, the government and their staff should look in the mirror first.