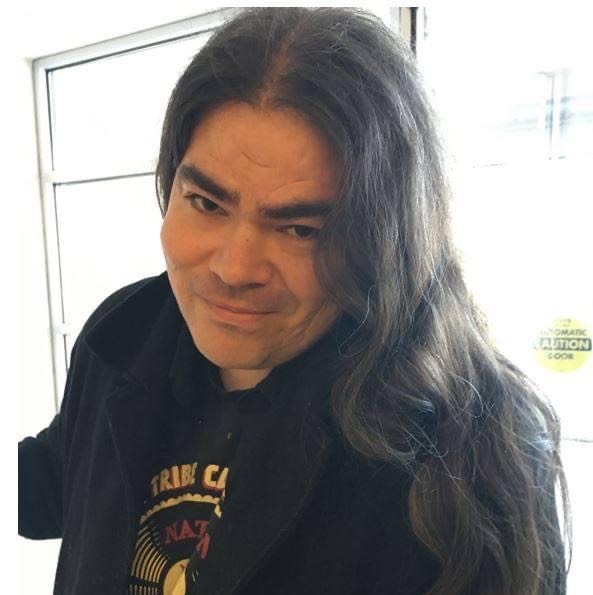 Editorial: How dare Indigenous people have the right to fish all year round?

Recently there was an article about someone being fined for fishing out of season and the racism that came from that article was overt and married with misinformation about First nation people and how we utilize our natural resources.

I often wonder where people get the false sense that indigenous people have out fished our resources?

My partner recently attended Inuit Cultural Sensitivity training and I often wonder why there is so little information out there about what the Inuit people went through. Did you know that the Inuit population, who lived off the land for thousands of years were forcibly removed and brought to newer environments and placed in reservations and if they did not know how to hunt in the new land they would be beaten and their sled dogs, who they had a very deep and meaningful connection with, would be mass culled by the OPP who were often placed right beside the reservations?

Inuit people were stripped from their names and given a number instead which they had to wear around their necks at all times. They were taken from their communities where they knew how to live off the land and placed in places they didn’t know, the wildlife was different as would be the hunting and fishing practices and they suffered greatly as a result.

Where did that messaging come from, that the indigenous people are the cause of overfishing and reduction of population? Think about that for a moment.

Who do you suppose would benefit from that messaging? Certainly not indigenous people who have always lived in harmony with their natural environment.  Yes, many indigenous folk like myself do not live that complete lifestyle anymore but we do still practice our culture and traditions and you can believe it when I say that we respect our mother, the earth.

There is a thing called treaties, and these treaties have been grossly violated and broken, even ignored for hundreds of years. Indigenous people have the right to fish because this is how we sustain ourselves and how we support our families.  This is a right.

Many of the communities where Indigenous people are now forced to live have food options that are grossly overpriced. A bag of apples $15, a single head of cabbage $12, a carton of fresh eggs $15, $30 for one frozen pizza. Fishing and hunting sustains us.

Many northern communities where we were forced to live in reservations have substandard housing, our children were taken from us and placed in residential schools or placed in the system often without indigenous families, stripping us from our culture and heritage. Our heritage has always included fishing, our hunting and our deep respect and appreciation for our land. It is part of our teaching and our way of living. We do not disrespect the animals that we hunt and kill, they are not stuck in factory farms filled with chemicals and forced to live a life of cruelty for mass human consumption.

I have read so often people say, “So why don’t people move off of the reservation” I’d say that is their home. No one told anyone after Hurricane Katrina to move out of their home. No one says to people who experience disasters to just move, they provide relief for these communities. Why should Indigenous people be again displaced? There are thousands of people living on reservations. We have the right to live and be in our communities.

We do not overfish and we are not the cause of the reduction of certain fish species. This is a false statement created by people who are angry because they do not understand treaties and do not understand the complete history that the indigenous people have and our agreement with the government that as I mentioned has been broken many times and often ignored.

It is little wonder that there is such misinformation and racism directed towards Indigenous people surrounding our rights to fish and hunt, if the governments cannot even honour the legal treaties set up how can we expect laws to be put in place to protect Indigenous people from being attacked, killed, vilified time and time again.

It has also become acceptable online for people to be blatantly and outrightly racist towards Indigenous people. Read comments on any article related to First Nations and you will see this.

Recently there was an article about someone fined for fishing illegally and the absolute racism that was allowed to stay online for hours showed that racism and outright threats to Indigenous people are an accepted practice in our society. Here are some comments that were written, taken directly from a site in our community:

“Natives ruin it for everyone.”

“Yup, greed, the wolf population is an easy fix with a bullet… the natives to lol oops did I type that and not delete it”

(When asked if he was joking about killing First Nations People, the man who wrote that comment replied, “welcome to the internet lol glad you could join us” and this was liked by people.)

My family is Indigenous. My son is 7 and I want him to know that he is safe in this world but because he is Indigenous the harsh reality is that he is not always safe, because of comments like above.

There are often stark comparisons of outrage online when articles include non-indigenous people who have made mistakes- people are quick to defend these people and give them the benefit of the doubt.  Think about perhaps recent events and how responses are when someone is non- indigenous vs. if they are indigenous. Start really looking at these contrasts and publics responses.

Where is the outrage, compassion and sympathy for my people who are constantly the subject of threats of violence, suggestions online that all First Nation people should be killed? Since when did this type of online behaviour become an acceptable practice?

If you wonder why there still needs to be reconciliation then read the above.

What can we do? What can you do? The only thing we can do is continue to question ourselves and question what we see online. If someone points out that we did something that was culturally insensitive then do not let your ego get in the way of challenging yourself. It is okay to say you are sorry, it is okay to recognize that you were wrong without doing it a way that makes yourself look like a victim. Be strong. If we see something that is not okay we should speak up, but do so in a way that will be heard. It isn’t always easy to do and I find myself struggling with this.

Submitted by John Sailors for HuntersBayRadio.com

John is an award-winning documentarian, Hunters Bay Radio host, an actor, and an Indigenous Artist. Learn more about John and his work here: https://www.facebook.com/johnsailorsmedia/