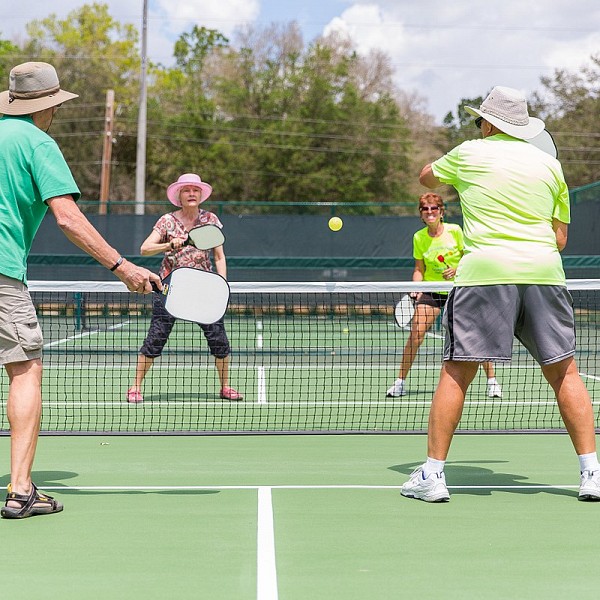 For a community who has been trying to attract young families for years, putting $160,000 of taxpayers’ funds into a new pickleball court isn’t the way to do it.

Neither is committing to do more for the pickleball community (or whatever they call themselves) in the future.

Okay, maybe we’re going a little far with that last one, but it’s only so we can grab your attention and outline how ridiculous the decision to do so is; unless of course you’re trying to chase away young families and go all-in on becoming a burgeoning retirement community.

According to a Town of Huntsville staff report, there are roughly 135 active pickleball players in Huntsville. That is not a typo – the number is around 135 – period.

So, of course, town staff recommend spending $160,000 out of a $466,000 cash-in-lieu parkland reserve, which gets its funds from development fees.

Let’s get this straight, there are over 20,000 people in Huntsville, so the town decides to spend around 34% of those funds on less than one percent of the population.

We have nothing against pickleball, but when you consider there was a petition with 600 signatures wanting a quality outdoor rink for the community, as well as the need for outdoor lights on at least one of the soccer fields (more on that below), the Curling Club desperate for upgrades … well, you get the picture.

The fact is sports which cater to young families aren’t getting the support they need. We guess you could count baseball diamond upgrades – which were needed for safety reasons. But this is another case where the Town overreached for a sport/sports that’s not even the second most popular in terms of participation in the community.

The truth is Town of Huntsville decisions regarding recreational activities over the years have been catering to their own interests and not what’s best for the community. Most of the people writing reports and voting on these decisions are active participants in the sports/games that get full support for their requests.

But, that’s not how decisions to spend public funds should be made. Those decisions need to be made to benefit the vast majority of our community, not only a handful of people.

Or at least show good decision making when it comes to other sports groups when it comes to reasonable requests. Because, if the Town had been all-in on becoming an active community, they would have accepted the funds offered by the Huntsville Soccer Club a few years ago to purchase lights for Conroy Park.

The Soccer Club was willing to pay for the purchase and installation of lights at Conroy Park in order to extend their (and other field users) seasons by months. This would have allowed Huntsville field lacrosse players and soccer players to use the turf field annually as soon as the snow melted right through the first major snowfall.

The only caveat the Soccer Club had was the right of first refusal to use the field under the lights. Not an unreasonable request by any means considering they were going to donate the lights to the Town in the first place.

Other user groups such as Ultimate, track and even outdoor fitness people could all rent the field at a premium rate when the lights were on – obviously on nights when soccer or lacrosse weren’t using it.

It would allow for both Huntsville soccer and lacrosse organizers to host spring and late fall tournaments –we want shoulder season business here, right?

They also like to say they are being fiscally responsible, which isn’t evident when they turn down a donation of field lights that would benefit many in the community, then turn around and spend taxpayers’ funds on items that only a few will get use from.

Maybe it’s time for another municipal election, so we can get councillors who are willing to stand up to staff recommendations and do what’s right for the majority of our community; especially those young families they’ve been trying to entice to become residents for years.

Well, unless of course, the Town has changed their minds and they really want to be Florida North.

In that case, we better start pricing out shuffleboards.