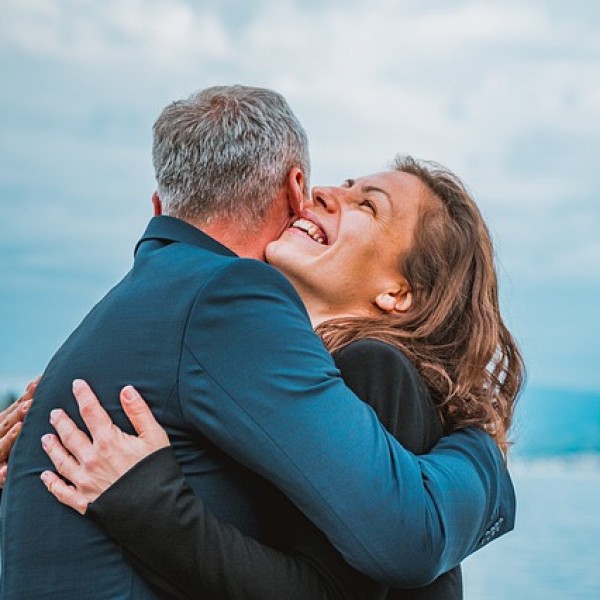 Editorial: It's Time To Bring People Back Together

These last two weeks have shown just how divided we can become when society ignores critical thinking and breaks off into two opposing parties.

Of course, that’s only if you actually believe the extreme views and those loud and proud who have drawn a line in the sand.

The most recent issue is about COVID vaccination mandates – and overall COVID restrictions in general – which has been taken to new heights with the trucker convoy protests in Ottawa.

While we recognize the negative aspects of the protests – specifically the heinous desecration of the Unknown Solider memorial and a handful of ultra right jackasses carrying Nazi flags and other extremist banners – the original protest from the honest and hard-working truckers should not be lost.

Their original protest was against a mandate that requires truckers crossing the Canada-U.S. border to show proof of vaccination. That’s it, that’s all. The fact that it’s turned into a “freedom convoy” with people from all kinds of organizations and causes joining the fray doesn’t take away from the original message.

And we support the original protest because issuing a vaccination mandate this late in the game on working-class Canadians who spend most of their time alone in their trucks was nothing more than posturing and punitive measures by Trudeau and his cronies.

The fact is 90% of the trucking industry is vaccinated and all the truckers are saying is they want a choice – which echoes what most Canadians we’ve spoken to want.

Oh, and while the Trudeau-loving mainstream media was quick to dismiss the protestors as racist white guys, the National Post’s Rupa Subramanya did some real reporting on the ground by walking amongst the protestors.

Here is an excerpt from her column Freedom Convoy dismantles stereotypes about who is opposed to vaccine mandates.

“One myth that was busted right away was the striking diversity of the protestors starting with the two main organizers, Benjamin Dichter, who is Jewish and Tamara Lich, who is Metis. Far from being a uniformly disgruntled group of white Canadians, not that there is anything wrong with being that, one saw Indo-Canadians, Arab Canadians, Chinese Canadians, Black Canadians and just about every other ethnic Canadian under the sun.”

Hmmm. Interesting that the left-leaning and Trudeau tire-pumping media didn’t mention this. It’s also interesting the Prime Minister himself, who is supposed to represent all Canadians, ignored these facts when discussing the convoy.

To agree or disagree with the message from the convoy and protests is one thing, to have the leader of our nation and the media that supports him shows so much bias in the way they present the people at the event is disgraceful.

That brings us to another disgraceful item that has popped up in recent weeks, the growing number of fearful individuals who believe everyone should be forced to get a COVID shot – or two, or three – and should be fined or jailed if they don’t, as well as denying health care to the unvaccinated.

It’s scary to us how easy it has been to turn relatively intelligent individuals into a fearful horde willing to jail people over a health decision they’re making about their own bodies.

Equally appalling are those who say they’re championing health but then would refuse a person appropriate care just because they didn’t choose to get a COVID shot.

Then there are those who skirt the edge of that extreme line of thinking – favouring some mandates and restrictions but not jail time or a denial of health care.

On the flipside, then there are those who think anyone who gets vaccinated is crazy and is giving up all their freedoms; and to the extreme are those who believe in a vast number of conspiracies with varying degrees of plausibility.

And then there are those like us – we like to think of ourselves as the balance in this crazy world – who believe getting vaccinated should be up to the individual and not be a prerequisite to enjoying their lives or employment.

We also believe it's time to open up again and stay open; which many developed nations around the world have already begun to do. No more mask restrictions (although if it makes you more comfortable, we don’t want to stop you); no more vaccine mandates or restrictions; just a simple return to actually living.

We said this in previous OPEDs, and many experts around the world have been saying this for months: the COVID virus is going to be an endemic virus like the flu and common cold with high and low seasons.

Many premiers and health specialists in Canada are finally joining this common sense line of thinking and saying it’s time we “learned to live with it.”

Well, if it’s time for “learning to live with it,” what sense is there in forcing vaccinations on the public and picking a fight with the working-class in our nation?