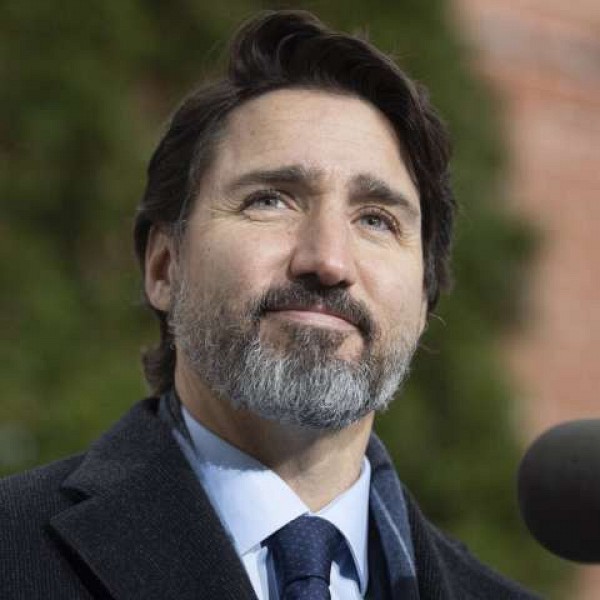 During times of extreme stress, true leaders will emerge to make good decisions for the benefit of those in need.

Often, these leaders will put their own family, friends, communities, and nation ahead of everyone else when making difficult choices in difficult times.

Unfortunately for the Canadian people, the prime minister of this country has proven to be the opposite of a true leader during the pandemic.

From underestimating the effects of allowing airports and borders to remain open – despite other leading nations choosing to close theirs – to sending billions out of the country for PPE and vaccines, and the inability to admit wrongdoings, Mr. Justin Trudeau has dropped the proverbial ball one too many times.

While the laundry list of erroneous decision-making is long, we’ll focus on a few items which have a direct influence on the Canadian economy, its taxpayers and its labour force.

You see, BYD has Canadian offices, but it’s retooled car plant overseas is where the hand sanitizer is made. They’re also supplying $31,075,000.00 of other medical supplies (including surgical masks).

In fact, only two Canadian manufacturing companies have received any of the over $368 million spent on hand sanitizer. That’s out of 14 manufacturers. And as you can see, most of the tax-supported funding for this product is flowing into China.

This even though many craft brewers and distilleries across Canada were making sanitizer (often for free to help out) and just needed a financial boost (which never came) from the Trudeau-led government to keep going and even employ more staff.

Trudeau’s government has earmarked around $7.4 billion, including 4.5 billion as part of the Safe Restart Agreement, to buy personal protective equipment (PPE), medical equipment and supplies for the Public Health Agency of Canada; federal departments and agencies (for example, to equip food inspectors and border officers); and the Essential Services Contingency Reserve.

According to the government, most of these procurements are dedicated to equipping frontline health care workers through provincial and territorial health care agencies.

They claim to be spending 84 percent with Canadian suppliers, however that doesn’t tell the whole story. Upon closer inspection, a large majority of manufacturing is being done in other countries. It’s a nice spin Mr. Trudeau, but manufacturing plants provide a lot more jobs to their communities than simple suppliers and salespeople.

With a 9.5 percent unemployment rate in 2020, up enormously from the 2019 rate of 5.67 percent, having more manufacturing jobs would have meant less stress on the economy – as well as less stress on government CERB spending.

For the record, as of the end of February 2021, the unemployment rate was at 8.2 percent (of course, this was before lockdowns and hardened restrictions in many provinces came in late March and early April).

Aside from hand sanitizer contracts, the area which best illustrates the government spending on manufacturing elsewhere is in Testing Equipment (kits, swabs and re-agents). Only 11 of the 35 companies doing business with the government have domestic manufacturing set ups … with $1 billion being spent (and counting), there is an awful lot leaving our borders.

Of course, it’s not all bad, the vast majority of face shields’ suppliers are domestic companies … but, seeing as this item only accounts for about $261 million of a $7.4 billion budget, perhaps we should hold the applause.

By the way, you can find details about the aforementioned procurement contracts at: https://www.tpsgc-pwgsc.gc.ca/comm/aic-scr/contrats-contracts-eng.html

Moving on to the vaccine situation, Canada has invested over $1 billion to secure access to promising vaccine candidates.

Of course, we’re not being told which companies are getting how much money … and the taxpayer in me says, “tell me now!”

However, the businessperson inside me understands the nuances of negotiations with multiple companies for a similar product.

Depending on how you see it, that’s a win or a loss, but I’m less concerned with which foreign company is getting the most, when a vaccine manufacturing facility still isn’t up and running in Canada, even though initial promises by Trudeau said we would have one by the end of 2020.

First there was the botched deal with the Chinese manufacturer CanSino Biologics (he really loves China doesn’t he), which would have led to domestic production in Canada. Then there was the “commitment” to upgrading the Montreal-based National Research Facility, which was initially estimated to cost in the $40 million to $60 million range for the renovation.

We were told this would mean domestic vaccine manufacturing by the end of November 2020 – we’re still waiting and will be for a while. Why are we waiting? Well, the tides turned and Mr. Trudeau’s government chose to instead build a whole new plant which will run a tab for an $170 million.

That plant won’t be ready until sometime in 2021, but I’m not holding my breath on that one.

Through all these manufacturing discussions, and a $600 million investment dedicated to the research and development of vaccines from a strategic innovation fund, a biopharmaceutical company in Montreal called PnuVax was left out in the cold.

According to a Globe and Mail article on this topic, sources said PnuVax was updated to meet Health Canada requirements in 2012, and with a little government funding would have been ready to produce millions of doses of a COVID vaccine in late 2020.

In the end, it’s been a series of follies by the silver-spooned schoolteacher turned prime minister … and we haven’t even gone into the slow vaccine rollout, lack of planning, and the non-COVID scandals Mr. Trudeau and his cronies have continually attempted to keep out of the public eye.

Of course, we’ve touched on the non-answers by the prime minister before. In cased you missed them, here are the links.

Eventually we’ll be going back to the polls, most likely after this pandemic is done and people will be so happy to be actually living again.

At that time, our collective joy at getting over the pandemic must not cloud our memories or temporarily blind us from the overall performance – or more to the point, lack of performance – by Mr. Trudeau and his governing party.