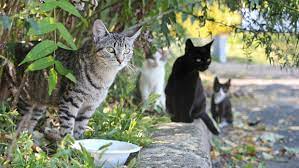 Gravenhurst councillors voted unanimously to provide the Muskoka Animal Rescue with a $2,000 grant at the December council meeting.

Gravenhurst, and many communities in Ontario, receive many complaints and concerns regarding feral cat colonies. The work that Muskoka Animal Rescue does is important because the Muskoka OSPCA does not have a facility to take in feral cats.

Muskoka Animal Rescue will trap adult cats and their kittens, then have them spayed or neutered, before either finding a home for adoption, returning them to where they were found, or rehoming the felines to “work” as mouse catchers at barns or commercial businesses, such as garages or wrecking yards.

The rescue itself covers the costs to spay or neuter the cats, a 3-year rabies vaccination, any transportation costs, housing and food costs and any surgery fees for injured feral cats.

The Trap Neuter and Release program helps to ensure that cats no longer reproduce, which will cauase a decrease in the size of colonies over time. The idea is that the smaller feral cat colonies will also become quieter as yowling and fighting stop, thus leading to less calls to the Town.

Councillor Penny Varney wondered about the same issue with stray dogs. Staff explain that the main difference is the Town regulates dogs through a bylaw. But they do not regulate cats.

The grant will be taken from the operating budget, where community services funding has already been budgeted for.

Monies have already been covered through the community support services in the operating budget.

“It’s a big issue,” says Councillor Terry Pilger. “It’s a problem that’s hard to pin down. The donation will go a long way to helping in our urban areas.”