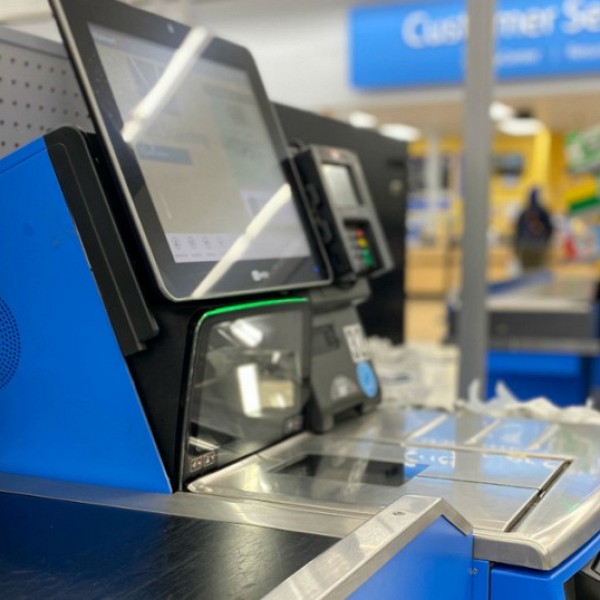 Letter To The Editor: “Please don’t spit at us”

Dear diary… I tried to break the rules.

It felt so dirty before, during and after, and yet I walked up to the self checkout at my local Walmart with a “non-essential” item. Locking eyes with a frontliner put in the uncomfortable position of the “purchase purpose police”, I knew I had been caught. Me and my 3 prong 10ft extension power cord had been made red handed, like a thief in the night right inside the proverbial cookie jar…

The awkward moment only lasted for a few seconds as I passed the item I tried to purchase from the electrical department to the out stretched and apologetic self-check out attendant’s hand. She was nice about it! Saying that unfortunately she was put into this position as part of the recent provincial regulations that required box stores with essential departments to restrict the access and sale of non-essential goods. She also let on to a hefty fine that not only the store would face but, she personally was on the hook for. Throwing out a number around the $700 mark.

As shocking as that was for me to think that a minimum wage employee might get dinged a hefty fine just because someone was looking to purchase something they didn’t exactly need, it wasn’t the most jaw dropping part of our short conversation.

After I acknowledged that I understand, and feel for her, she pointed at a woman leaving the store with a sour look and said “She’s not very happy with me.”

The attendant proceeded to tell me about her stressful days working the front self-checkout shifts, obviously grateful that she had a chance to vent to someone about the horrific treatment from some of the patrons.

“I get it” She said modestly showing her understanding for the frustration patrons feel with these on-going restrictions in an area considered by a large portion of the general public to be low risk.

“But I’m just doing my job”

She proceeded to give me a brief synopsis of the more egregious interactions with customers including but not limited to; yelling, swearing, and even spitting at the poor woman!

“They spit at you!?” I asked in utter disbelieve.

As she nodded in confirmation, I felt like looking over to another staff member who was beside us, just to share a look of shock and disgust, but I realised that many of the staff there probably share the same kind of interactions and stories on a day to basis.

As she saw that I was obviously disturbed and personally don’t have the same interactions in my occupation, in what felt like an attempt to calm me down and bring me to her own stoic level; she told me “People a wearing thin”

Yes, it’s true. Everyone has felt the frustration that stems from watching parts of the world return to a semblance of normalcy, while our own backyard is still riddled with restrictions in an attempt to get our provincial numbers under control.

Don’t get me wrong, I am not here to push an agenda of one side or the other when it comes to lockdowns and restrictions. I like to not take a firm stance publicly when it comes to these things, citing my own ignorance and limitations of trying to keep up with all of the information that keeps flowing out.

I’m sure, leaving you with a question of “who the heck is this guy, and why is he even talking right now?”

But I felt the need to relive this unsettling feeling in an attempt to get my plea out there.

Please be a human. It’s not the cashiers fault you can’t buy your fishing gear. And trust me! I know! Pike is opening up soon and I’ve got a crazy itch to do my annual “stand in the fishing isle staring at lures for 3 hours” ritual….

But, please. Solutions to complicated problems like these are not solved by barbaric out bursts at individuals who are just trying to earn an honest living. Write to your representatives, to Norm Millar to Doug Ford, to Trudeau, to people who have the power to make the changes you think are necessary! Quoting the wonderful American cultural anthropologist (60s/70s era) Margaret Mead “Never doubt that a small group of thoughtful, committed citizens can change the world; indeed, it's the only thing that ever has”

The world is not changed with spitting at cashiers – And if it does, it only does it for the worse.

While we’re on the portion of the editorial with quotes, I’ll drop one that my grandfather told me once.

I lied… Sorry… Sheesh… Obviously my morals are out in the open with this editorial. Full disclosure; Grandpa never said that - I think it was from a movie or something… Maybe it was Harry Potter. Things just seem way more profound when you paint a picture of a wise old grandpappy bestowing knowledge.

But, never the less, it’s true! If we perceive people at a store or restaurant to be in a sub-ordinate role and not an equal, we’ve got our value systems wrong. Without getting too preachy, what I mean by that is if I have a situational value system; where I can turn the charm on and off based on the status of people, I’m not actually seeing people for what they are. They are our equal! They deserve empathy, respect and understanding. Just like you do 😊

But it’s not just for them either. Rudeness, a lack of manners, discourtesy to others is just a sign of a lack within ourselves to truly connect with people. Consider it selfishly if you must! When we train the “Empathy muscle” and use it on a daily basis we in turn are able to construct true connections with other people in our life. Not just Walmart attendants. I’m talking stronger relationships, partnerships, networks, you name it!

In conclusion, please, hold the spit. I will literally find you and deck you…. Empathically of course…