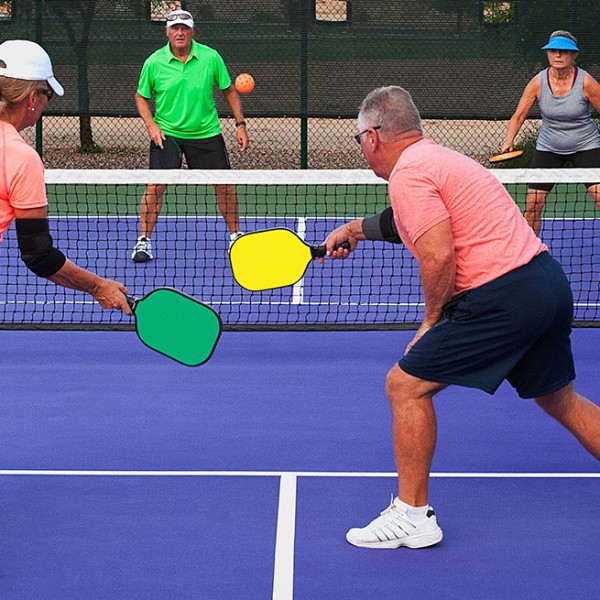 EDITOR’S NOTE:  In an attempt to offer transparency, we are publishing a Letter to the Editor, which is a response to an editorial we published on Sunday, June 6th entitled Editorial: Is Huntsville Becoming Florida North?

The editorial called into question a Huntsville Council decision to fund pickleball courts in Huntsville over other sports, recreational opportunities and requests from residents and sporting groups over the past years.

The editorial characterized the sport as mainly seniors-centric and questioned the town’s spending focus.  The editorial also used language that offended some seniors, who apparently didn’t read the paragraph that followed, indicating it was a joke.

We recognize that some people were offended by the comment about change tables, even though it was used to illustrate the point that the writer was trying to make.

For anyone, who was offended by the comment, or didn’t bother to read past that line, we apologize.

However, the article read from top to bottom, outlines a different point of view, held by many in the community.

Editorials are simply opinion, and everyone is entitled to have one, as does Mary Spring and her fellow pickleball players, members of the community and Huntsville Councillors, who chose to support the sport over other options.

Editorials offer the community an opportunity to explore a particular subject and learn about other points of view.

Expecting an apology because we question Council’s decision to support one sport/recreational activity over another is Cancel Culture and we cannot support that.

Social media can and does frequently pit one commenter against another, but many offer valid points that all readers should consider without ill feelings. It’s our hope that all sides of the issue can openly accept that there are more points of view on any subject and read it without taking offense.

This week, Hunters Bay Radio published an editorial entitled;  Is Huntsville becoming the Florida of the North? We, a group of  like- minded pickleball players, feel that it is necessary  to respond to the unnamed author of this editorial and to ask that Hunters Bay Radio apologize to the citizens of Huntsville.

We believe that the unnamed author of this editorial wrote an uninformed, biased and discriminatory piece of writing. It offended not only the pickleball community, but also the senior citizens of Huntsville. To suggest that we might require diaper tables big enough for adults in the rest rooms and that perhaps what might be next is canasta tables or shuffleboard courts is both judgemental and offensive. There is no place for this type of language in our community.

At the last council meeting the Town of Huntsville approved a plan for four designated pickleball courts to be built at the McCulley Robertson Sports Field. The proposed cost for the courts is $160,000.

Last November, a group of pickleball players brought forward a very professional, well researched  presentation to the Town of Huntsville. The sport of pickleball, they informed the council members, was a growing, popular, easy to play, social, healthy, active and multi generational sport. They encouraged our council members of the need to stay current with regard to recreational interests but also to promote a healthy, active lifestyle for all ages.

In that council meeting, the pickleball players asked that the town to build the designated courts somewhere in town. They had researched the cost of building of courts. The group had looked at towns in Ontario with a similar population to the Town of Huntsville, and the number of designated pickleball courts in those towns.  Here is what they were able to share with the council.

Pickleball is the fastest growing sport in North America. It is a sport that is growing in all age categories. The US Women’s Champion in 2021 was Catherine Parenteau, a 21 year old from Quebec. Pickleball is on the sports agenda for school boards across the country.

Unlike the editorial comments suggest, pickleball is not an “elitist” sport. In fact, the sport is very affordable. A player needs a good pair of court shoes, a paddle and some balls. At Costco you can purchase a beginner paddle/ball set for $40 and many sporting stores in Huntsville sell the equipment at reasonable rates.  Access to courts is free during the summer. The cost to play indoors at the Summit Centre is minimal. The Town of Huntsville owns equipment when programs are offered.

The editorial suggests that pickleball only meets the needs of the senior community. In fact, pickleball is a multi-generational sport that caters to a vast majority of people.  Last summer some pickleball enthusiasts offered free clinics for beginner and intermediate pickleball players. The Town of Huntsville provided the equipment. There are currently 174 active players. The instructors have offered classes again this summer when the restrictions ease and there is a waiting list of 33 people.

The editorial suggests that the town should be encouraging young families to move to Huntsville. Last summer there was a six week pickleball course offered for children ages 9 and up. Again, these clinics were free of charge and the town provided the equipment at no cost. Just last week a 13 year old boy watched a group of us play pickleball. We invited him to join us and he loved it. This young boy was  polite, respectful and showed great potential with the sport. We believe that pickleball allows people of various physical abilities to participate, to exercise, to enjoy competition and to extend their social circle. This goes for all age groups.

The pickleball community is extremely thankful to the Town of Huntsville for the future designated courts. Our hope is that the sport will grow. We would like to organize tournaments, which will bring people to town and benefit the local economy.

We believe that the Hunters Bay Radio editorial has offended the sport of pickleball as well as our senior population. The writing, and particularly the comments afterwards, pitted community members against each other, group against group. Such an editorial tears apart people instead of building strong, healthy and respectful communities. The news this week out of Kamloops BC and London, Ontario demands that change needs to be made. Hunters Bay Radio needs to recognize their error and apologize to the community.