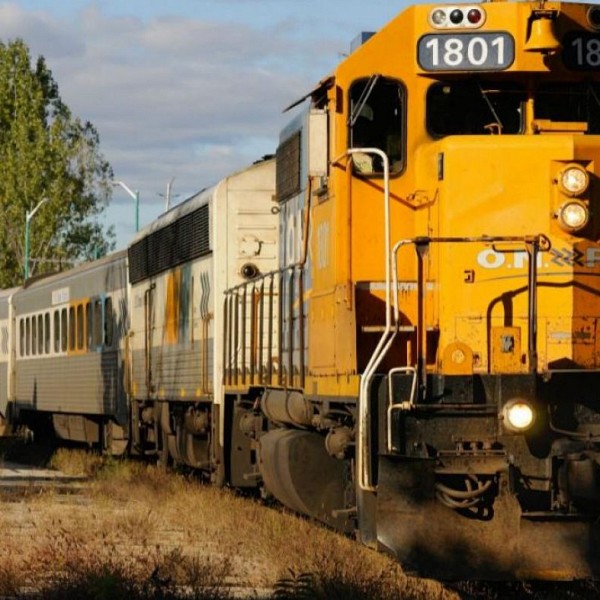 Letter To The Editor: What is the government hiding in its passenger rail plan for the North?

Secretive ... Aloof ... Lacking Transparency ... These are just some of the terms one might use to describe the provincial government's handling of restoring passenger rail services in north-eastern Ontario.

Over the span of a thousand days, various politicians, ministries and agencies of the Crown have provided the public with a series of Coles Notes updates related to the planning process of reinstating the Northlander train.

However, the moment one begins to ask for more detail, the government's willingness to cooperate seems to vanish as quickly as a magician's disappearing act.

A little more than a year ago, I filed a freedom of information request with the Ontario Northland Transportation Commission (ONTC) and the Ministry of Transportation (MTO) in order to verify for myself the contents of the plan they claim to have produced.

As a taxpayer, transit rider and resident of Northern Ontario, I want to ensure that the mistakes made in the past – leading up to the Northlander's cancellation – aren't repeated in the future.

My attempts to analyze the Initial Business Case (IBC) for passenger rail have, up until now, been met with resistance. The ONTC and MTO vehemently oppose any disclosure of said document, citing potentially negative impacts on their economic interests, compromising future negotiations with third party stakeholders and that, ultimately, they believe there is no compelling public interest in its disclosure.

I am having some difficulty understanding why this taxpayer funded report should be exempt from public scrutiny, considering that just a few years ago, the government gave Northerners ample opportunities to review and provide input on the draft document for the Northern Ontario Multimodal Transportation Strategy.

You might ask, what's so important about this initial IBC document anyway? After all, there was an announcement made in the provincial budget of $5 million to support detailed planning and design work for the re-introduction of the passenger rail service.

Quite simply, it's a matter of accountability.

A high ranking public servant from the ONTC announced in late 2019 that a comprehensive plan for a new Northlander was in the works. It was subsequently submitted to the MTO in early 2020.

However, in the company's representation made to the Information and Privacy Commissioner – the organization responsible for handling my appeal, the ONTC revealed that there are in fact four plans that have already been completed to date.

In addition, the government has never once stated that they would publish their findings until more than a year after I filed my freedom of information request.

Most concerning is the following statement made by the MTO:

"... Northern rail transportation is one where the government must make difficult decisions regarding allocation of public resources. It must balance the interests of northern communities who may benefit from improved rail service, environmental considerations associated with increased rail traffic, and taxpayer concerns over expenses entailed in providing rail service to less populous areas of the province."

That's real rich coming from a ministry who oversees Metrolinx, a transportation agency based in Southern Ontario that required an increase of 80% – $187 million – to their operating subsidies over the past few years. According to the Auditor General, Metrolinx has 539 managerial positions that have too few staff reporting to them.

You have to wonder what could have been achieved if only a portion of those dollars were instead used to actually putting a train back on our northern tracks.

In a report produced in 2009 for the ONTC titled Rail Division Sustainability Plan, the rail fleet previously used by the Northlander was described as old and unreliable. At the time, it stated that:

"The number of train trip failures is rapidly increasing and the overall on-time performance of the Northlander is poor and getting worse."

"This is not an option that can be somehow ignored for the next 15 years. The current rail fleet equipment is simply not going to last that long. To put it another way, there is no “do-nothing” scenario. A failure to invest will seriously risk progressive collapse of the train service."

The equipment used during a recent test train track audit between Cochrane and North Bay is more or less the same rolling stock – plus or minus some refurbishments.

Adding insult to injury is that in the midst of said track audit, the ONTC decided to take a wrecking ball to Swastika Station (near Kirkland Lake).

As the expression goes, anyone can say they care. But watch their actions, not their words.

One test train does not make a transportation network.

One line item in the budget does not signal a victory when it comes to the government following through with its promise to deliver a passenger rail service no later than by the end of their term.

Considering that we're 13 months removed from that timetable, it's time that the MPP for Nipissing, the Minister of Transportation and the premier honour their commitment to Northerners.

Éric Boutilier is the founder of Northern Tracks Blog, formerly the All Aboard Northern Ontario citizen's transportation action group.