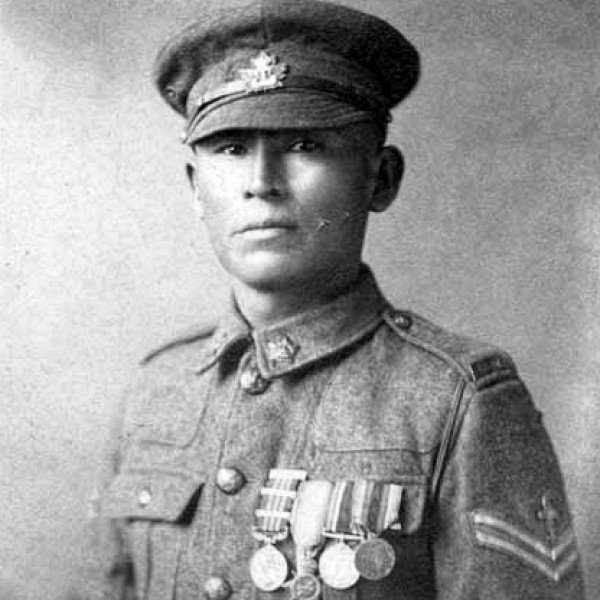 Francis Pegahmagabow, a former band chief on Parry Island is on the short list of people who could be honoured on the new $5 bill according to the Canadian Mint.

He fought at the Second Battle of Ypres in April 1915, where the Germans used chlorine gas for the first time and was promoted to lance corporal for his efforts. During the war, he also fought at the Battle of the Somme in 1916, and the Battle of Passchendaele in November 1917.

He is one of the most highly decorated Indigenous soldiers in Canadian military history.

From 1921 to 1925, he served as the chief of the Parry Island Band, later serving as a band councillor from 1933 to 1936, during which time he lobbied the prime minister and policy-makers to reform and improve the government's treatment of Indigenous peoples.

Pagahmagabow was one of some 600 suggested for the honour including Terry Fox.

The decision now moves to the office of Finance Minister Chrystia Freeland, who will announce the new face of the $5 bill early next year.

On Saturday, Officers from the Huntsville OPP were conducting a RIDE spot c...

Dr. Gardner outlined 14 measures that businesses and organizations are requ...

Transit users would be able to go online to order a card, or they would be ...