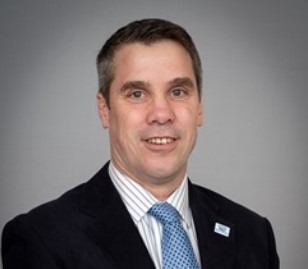 Mark Quemby was appointed as the new Councillor for the District of Muskoka, in the Bracebridge Special Council meeting on July 27, 2022.

Mayor, Rick Maloney, expressed his confidence in the decision, given Quemby’s 12 years of experience, and said, “You have served our community well, as our alternate for District Council this past term of Council, and you’ve always, anytime that you have attended District Council, showed your engagement and your understanding of the issues at the District table.”

During his Oath of Office, with his wife present, Quemby thanked Mayor Maloney and Council colleagues for having faith in him, and said, “I’m looking forward to working hard for the constituents of Bracebridge and the District of Muskoka Council table.”

Quemby added that his experience has had its challenges, “tripping a lot of the time, but at the same time extremely rewarding,” as he and his council members were able to work through it together, and with his family supportive of him.

“It’s only with the support of my family, I’ve been able to manage the extra work,” said Quemby, adding, “Staff of the Town of Bracebridge past and present have been very responsible over the years, and have kept me focused on the task at hand. They reel me in when I start to think a little too far outside the box. So, I’m grateful to them for that.” He also expressed appreciation to his work colleagues who “picked up the slack when I’ve been away…as a Councillor.”

The District seat will be filled by Quemby until November of this year, however, he expressed the importance of moving forward with work for both the District and Town of Bracebridge, adding, “It’s an honour to be a public servant in Muskoka, which is my favourite place to be.”

The appointment of Quemby resulted in a vacant seat for the Ward. However, during the meeting, the Mayor presented a motion appointing Bracebridge representative, Archie Buie as the “alternate to upper tier Council,” which was confirmed unanimously.

Mayor Maloney said, “I have had conversations with Councillor Buie, and he is willing and interested in serving as alternate for District Council.”