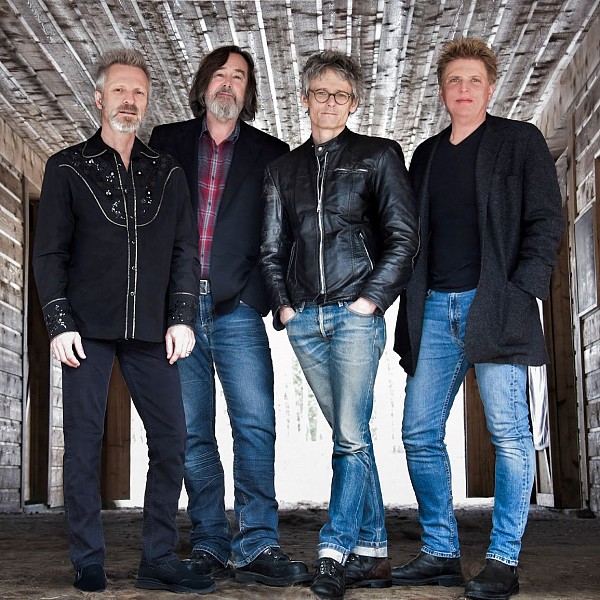 The Northern Pikes are thrilled to get back on the road to perform live in person and have announced summer dates including two performances at Toronto’s Lee’s Palace, a London Music Hall gig, Iceberg Alley alongside Kim Mitchell and Honeymoon Suite, and Gateway Festival sharing the stage with Chilliwack and countless others. Tickets for Toronto and London are on sale now, with Iceberg Alley and Gateway tickets going on sale Monday, April 11. More details can be found here.

The Northern Pikes have been quietly working on a new studio album since October 2019, and are now in the final mixing stages after several COVID interruptions. The new album is being recorded by John Adams at Stonehouse Sound in Mahone Bay, NS and is slated for release later in 2022. The band’s previous album Forest of Love from 2019 was the group’s first new release since 2003, and the first to feature new group member Kevin Kane (The Grapes Of Wrath). He joins founding members Jay Semko, Bryan Potvin and Don Schmid, the gang responsible for the classic hits She Ain’t Pretty, Teenland, Things I Do For Money, Wait For Me, Hopes Go Astray, Girl With A Problem, Kiss Me You Fool, Believe & more.

Forest of Love rings true with the beloved Pikes sound, plus a new guitar edge with Kane’s addition. You get that great variety the band always brings, with rockers, smart ballads, bright hooks and harmonies, thanks to the luxury of having three top-flight singer/songwriters on board. In other words, the hits are back, the Pikes are back.

While they’ve never really been away, their music and videos are constantly heard as Canadian classics and the band has been keeping their fans happy with short tours and festival gigs through the 2000’s. Things started heating up again in 2017 when Universal Music reissued the group’s classic debut, 1987’s Big Blue Sky album in a special 30th Anniversary (Super-Sized) edition.