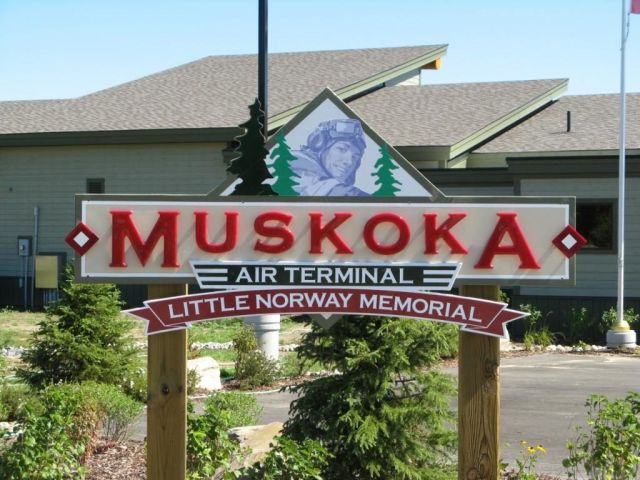 The top brass from the Norwegian Air Force are headed for a tour of the Muskoka Airport this fall.

When Nazi Germany attacked Norway in 1940, the Royal Norwegian Air Force was unable to mount a sustained defense. Those pilots who managed to escape were eventually resettled at a new base of operations at the Muskoka Airport. From 1942 until February 1945, “Little Norway”, as the airport came to be known, trained 2,000 pilots, crew and ground crew.

Town councillors also heard that the ambassador from Norway recently toured the area and said she is very excited to help strengthen the partnership between Muskoka and Norway.

To that end, a number of initiatives are being considered, including working with local schools to create a grade 2 curriculum focusing on different cultures to simultaneously connect and learn about the history and culture of each area through technology.

Public Meeting On Streetscape Project In Huntsville On March 3rd

During Monday’s Huntsville town council meeting, a presentation was made ...

The District of Muskoka is looking to carry out some major upgrades at the ...

Final Report On Development In Minett Delivered To District

During their latest meeting, District of Muskoka council heard their final ...

Due to poor weather and road conditions all buses to schools in Muskoka for...

On Monday, Greg Pilling, Manager of Sales & Customer Service for the Town o...