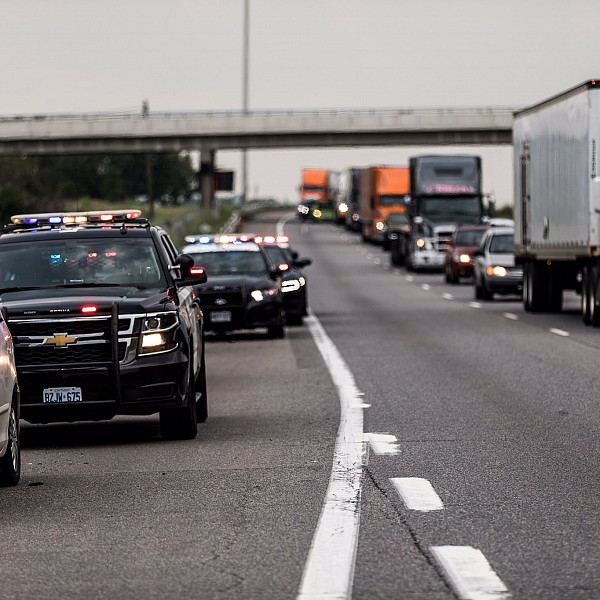 The Ontario Provincial Police responded to four fatal collisions on and off the road over the Thanksgiving Long Weekend, which claimed the lives of five people.

Among the incidents was a double fatality collision involving a horse and buggy, in which two children lost their lives. Three other people were killed in separate collisions, one of which involved a teenager. A motorcyclist was among those who died, marking a particularly tragic year for motorcyclists, with 38 deaths this year compared to 23 this time last year.

OPP officers were highly visible over the Thanksgiving Long Weekend, doing their part to keep drivers, passengers and other road users safe during Operation Impact (October 9-12, 2020).

Officers laid 6,246 traffic-related charges during the national, annual campaign that targets aggressive drivers, motorists under the influence of alcohol/drugs, inattentive drivers and road users who fail to wear a seat belt.

Drivers engaged in other dangerous behaviours were also held to account, with 104 distracted driving and 92 alcohol/drug-impaired driving charges laid. Drivers and passengers who failed to wear a seat belt made up 144 of the offences.

A total of 231 people have died on OPP-patrolled roads so far this year, a significant number of which were preventable and linked to the same poor behaviours as those observed over the long weekend.

The Simcoe Muskoka District Health Unit has provided an updated letter of i...

Richter Nominated For The Ontario Greens

The Green Party announced that Matt Richter has been nominated as its candi...

Bracebridge Chamber Inviting Submission To Join Their Board

The Bracebridge Chamber of Commerce has put out a call for board members to...

Members of the OPP Auxiliary Unit have once again partnered with the Salvat...

Bracebridge OPP say they are disappointed to report that the Festive RIDE c...