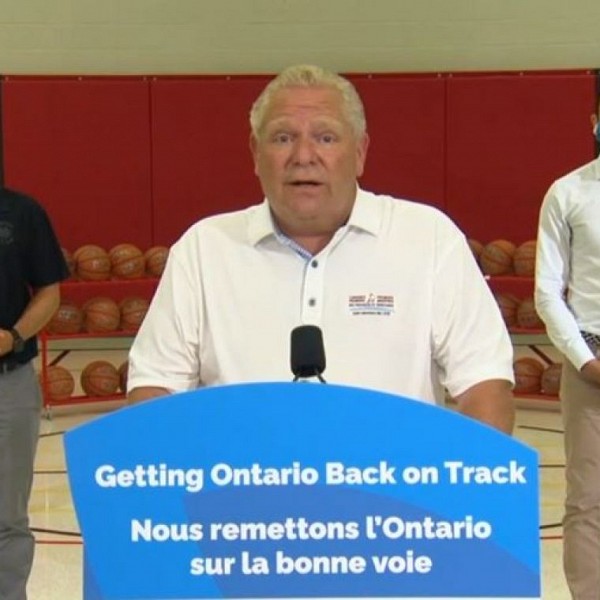 The Ontario government is investing over $500 million to build 30 new schools and make permanent additions to 15 existing facilities, supporting over 25,000 student spaces across the province.

Details were provided today by Premier Doug Ford and Stephen Lecce, the Minister of Education.

Premier Ford says "By making these smart investments today, we will ensure our students and teachers have access to modern facilities to learn with features like high-speed Internet, accessible ramps and elevators, and air conditioning, while providing parents with access to more licensed child care spaces."

The government is investing over $12 billion in capital grants over 10 years, including over $500 million invested in this year alone to build critical new school capital projects and permanent additions.

Minister Lecce  says"It is unacceptable that too many schools in our province continue to lack the investment that our students deserve.  That is why this government is making a significant investment to build new schools, to extensively renovate existing schools, and expand access to licensed child care spaces in our province,” he said.

The Lakelands Association of REALTORS® is set to donate $20,304 to chariti...

The Simcoe Muskoka District Health Unit confirmed that a group of 30 people...

The District of Muskoka announced the successful applicants for the Communi...

The Town of Gravenhurst has been advised by The Simcoe Muskoka District Hea...