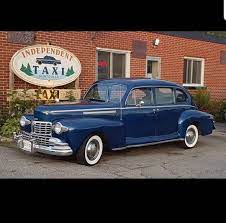 After overcoming many obstacles, Shawn Bouillon’s appeal to the Ontario Land Tribunal (OLT), to continue his taxi service from his property, was approved.

Bouillon has been operating his taxi business from his property at 190 Chaffey Township Road in Huntsville since 2019. However, the Town Manager of Planning, Richard Clark, denied his application to change his zoning from Rural Residential to RR-Exception, indicating that it wasn’t conforming with Huntsville’s Official Plan or the Provincial Policy Statement.

At the Tribunal hearing on September 9, 2022, Clark said, “Such transportation involving frequent trips to and from a property by numerous motor vehicles are considered an intrusive use that would be more appropriate location within industrial areas.”

Bouillon expressed that two other companies adjacent to his property are a construction equipment rental company and landscaping company. He added, “Other businesses have vehicles that pass by Subject Lands approximately ten to fifteen times a day,” and he provided pictures of transport trucks, dump trucks, 4x4 vehicles with trailers, and front-end loaders and excavator.

Clark indicated that the taxi business on the owner’s property “could compromise safety of surrounding residential landowners along Chaffey Town Road.” He added, “And that as the private road [Chaffey Road] is not a thorough road, taxi vehicles frequenting the property, and potentially safety, noise, and lighting concerns this brings would be concentrated on homeowners.”

Bouillon said he has three taxis that are currently active, which leave at 7am and return at 5pm, and that his business operations are primarily downtown.

According to Clark, “Since 2019, there have been complaints of the taxi service with vehicles frequently travelling at late hours.”

Bouillon expressed the allegations as “false and malicious and that he and his husband both personally have been harassed and verbally abused by the local neighborhood due to their sexuality and eventual marriage.” He added, “there are no residents on the private road that the taxies travel by.”

The Tribunal wasn’t convinced the Town’s denial of the application was justified, and concluded, “The OLT was not persuaded by and does not accept all of the land use opinion evidence of Mr. Clark.” They continued, “He did not provide conclusive evidence for the Tribunal to dismiss the application individually or cumulatively in particular in the area of conformity to the Official Plan and consistency with the Provincial Policy.”

The Tribunal recognized that the taxi business had been operating in the Town for more than 15 years, and on the owner’s property since 2019, and added, “Two other businesses abut the Subject Land’s are viewed by the Town as having more of an ‘intensive industrial use’ than the taxi dispatcher service.”

The appeal for the RR-Exemption was approved, and the Tribunal indicated the taxi service conforms to the Official Plan and Provincial Policy and they said, “There’s no evidence of a potential safety issue, nor intensive use of motor vehicles.”

Bouillon and his spouse Reuben Pyette Bouillon will both be running for the municipal election. Bouillon is a candidate for Chaffey Ward, and Pyette for Mayor.  Pyette has accused the Town of discrimination.