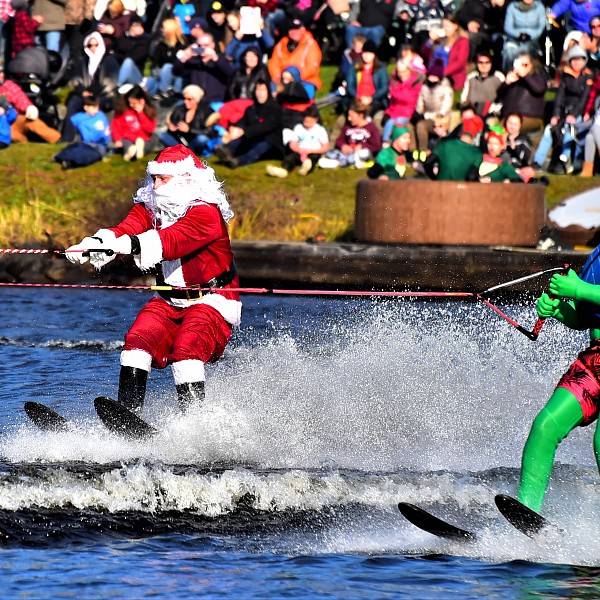 In support of the Lions Club Food Drive, Santa Claus, Mrs. Claus, their elves, and even the Grinch will return to Kearney for the 6th winter waterski performance on November 5 at starting at 1:30 p.m.

Lions Club President Blair Ballantyne says “This year has been a challenging year for many families due to skyrocketing food prices. The show raised 2000lbs of food and $4000 in cash last year. We want to beat that record this year!”

This year's exhibition will include Canada's National Waterski Show Team, and after participating in Florida at the World Waterski Show Tournament in October, some ski team members may find the water in Mirror Bay shockingly cold.