The Ongoing History Of The Bay Pt 1

It was an exciting time, moving our little one room radio station upstairs to occupy the first floor.  Volunteers were busy painting the main room in the old building that began life as the home of the community’s first lawyer, and future home of The Muskoka Woods Lumber Company.

More recently the space was occupied by an internet company and computer shop I owned, before we were granted a broadcast licence.  Now was the time for the little station to spread its wings and fulfill its mandate to be a real community radio station.  We had been “playing radio” as one politician called it for nearly 5 years as an online radio station.  Somehow even back then, we brought fear to some of the other media that we were here to stay and would offer serious competition for the content that was missing in the community – and more importantly maybe, our ability to extract advertising dollars from them.

So, I remember those days where we were getting the space ready and there was a real sense of excitement with paint brushes in hand.

Our resident painting “expert” was non other than our Afternoon host and famous TV Star James Carroll. James actually knew the technique house painters used – a skill he may have picked in the slow times – he was an accomplished actor after all, and I guess there were times he had to find other things to do.  James was a patient person on the outside, always having time to help, listen or chat with anyone, I knew different.

Our paint parties included a lot of volunteers of the time, including Scott Gilson, Sequoia Henry – who dressed wrapped in plastic to avoid getting covered in it – and the effervescent Kareen Burns, who brought much fun the effort, but not much painting skill. 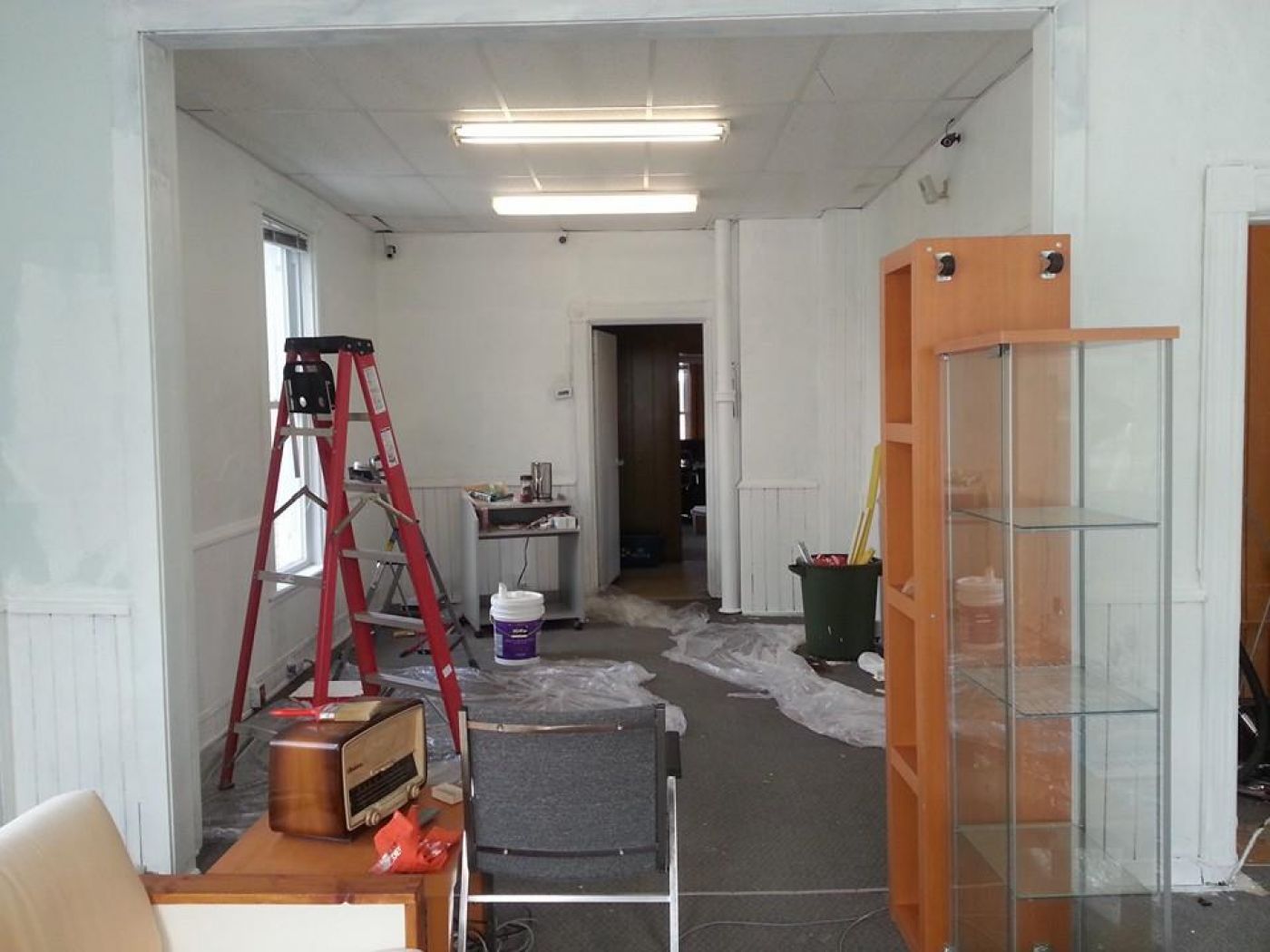 Together we worked late into the night, after many had finished their day jobs, we were done.  We rescued the original flooring from being painted on by accident – goodness knows we were poorer than church mice and could afford to replace the flooring – that would come later.

What happened next, was a miracle, the staff at Huntsville Home Depot stepped up and besides donating the previously mentioned paint, they proceeded to install a new suspended ceiling complete with sound insulation between our floor and the apartment up top.

If you’ve never been to our studio, we’re in what can only be considered a “historic” building, and insulation wasn’t a thing back then.  We were thankful for the help that the good folks from Home Depot would give.  Over the years they came to the table more than once to help us, and that’s why/how the Home Depot Stage came to be, used during all of our live performances.