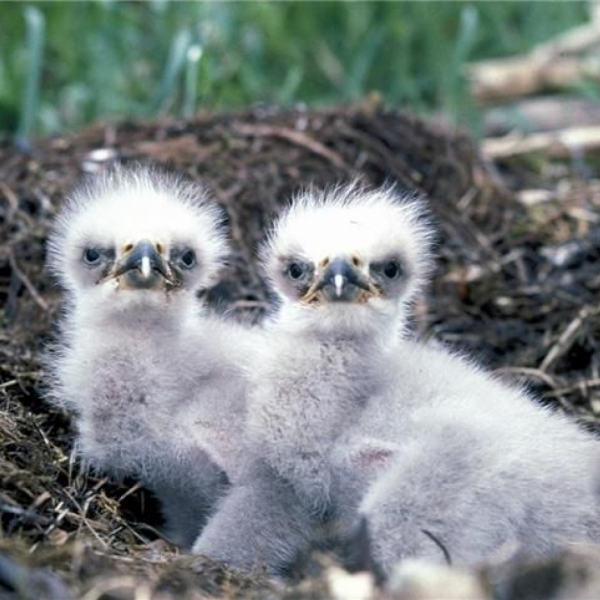 Posted: 2020-04-20 17:02:33 By: hbr
Yesterday, Shauna and I became rapt in a YouTube video of an eaglet being hatched. Then, we were captivated, watching the birth of a foal right up until it wobbled up to and through its very first steps. It is remarkable how many awe-inspiring things one can see on the internet when one has all the time in the world. It sure beats whining about who is to blame for this and that.
Someone posted a list of some of the pros of enforcing a breather on mankind's relentless march towards dubious progress. One of those pros was that Mother Earth has a brief opportunity to thrive in the absence of man's interference. As well, with the time afforded us, we have an opportunity and perhaps more of an inclination to pay attention to nature.
Yesterday, I was in touch with my cousin Jim from Oregon. I've always called him Jim but his proper name is Harry J. Lehman III. Our mutual grandfather was Harry Lehman, founder of The Wildroot Company in Buffalo, New York. I've been trying to email a bunch of old photos to him of the Lehman family, but the internet is not cooperating. While Jim and I were never all that close when we were younger, we've been in touch more frequently in the past two decades. His parents and mine are gone now, and I suppose we share memories to which only we two can relate. Jim writes great letters, painting clear and entertaining pictures of his rural life. In the era of 3-word communications and mindless twits, I mean tweets, Jim has always taken the time to write a proper letter. I could probably write a book about Jim Lehman, because he's an interesting guy, but my point in mentioning him is that he is more in touch with nature than I am. He sent me a YouTube link for a live webcam mounted near the nest of a pair of ospreys in Independence, Oregon, and I have shared that link on my Facebook page. We must have watched these ospreys in their nest for 10 or 15 minutes. How ironic is it that it took the internet combined with a pandemic to reinvigorate my appreciation of nature? After years of hiking the mountains around Banff, Alberta, Shauna and I became fascinated by birds. While we are hardly experts, we have become intrigued by their intelligence and their behaviour.
For 20 years or more, I've been haunted by the feeling that we've taken a wrong turn in our quest for progress. Kids are growing up desensitized to violence because they have access to violent, realistic video games. Many of us are intoxicated by the lure of social media, and it concerns me that I am and many others are spending more and more time staring at a screen instead of a forest, town, or even city full of real life. It is no secret that much is being lost as we overpopulate our Earth. Mother Nature has become a source of our entertainment, but is she receiving the respect she deserves? I have come to realize my part in this collective apathy, and I touched upon it in last week's Oppenheimer Report. Our planet will be here long after we are gone. I always thought our extermination was going to be by our own hand, but this latest wake-up call has persuaded me that it might very well be something completely out of our control.
Because I am now confronted with the in-your-face reality of my mortality, and do not have the usual distractions that cause me to ignore it, I find myself more inclined to marvel at the flight of an osprey, or the birth of an eaglet, the spectacular beauty of a sunset, the ever-changing shape of clouds, and every blue jay, squirrel, deer, fox, moose, groundhog, beaver, porcupine, raccoon, and every other wild animal and wonder of nature that I have in the past sometimes taken for granted. Now, isolated, I am paying more attention to my surroundings on my walks and in the evening, I am watching videos on YouTube.
If anything good has come of this pandemic, aside from clear skies and a chance for the earth to catch its breath before we continue our relentless march to choke it again, it is that there is less white noise distracting us. If I only had a few weeks left – and don't get me wrong, I hope and expect to have at least a few more decades – I want to spend more time watching birds and less time focusing on myopic politicians, boorish people, misbehaving celebrities, and the constant bombardment of bad news. I don't know how the world is going to reset from all of this. I've always been much better at pointing out what is wrong with the world than what might fix it. That said, I have been blessed to have settled in a place that is relatively unspoiled by man, and more than I ever did when I was a city boy, I'm learning to respect "The Big Mommy", as artist Mendelson Joe refers to Mother Earth. Perhaps we could all benefit from a closer look at the natural world around us.
After I posted the link to the osprey cam, I received a comment from an old friend who now lives in Maryland. He remarked that he had just been entertained by a couple of crows harassing a hawk on the street where he lives. Maybe this bird watching thing is catching on.
Written by Jamie Oppenheimer ©2020 ALL RIGHTS RESERVED
JamieOppenheimerSongwriter@gmail.com