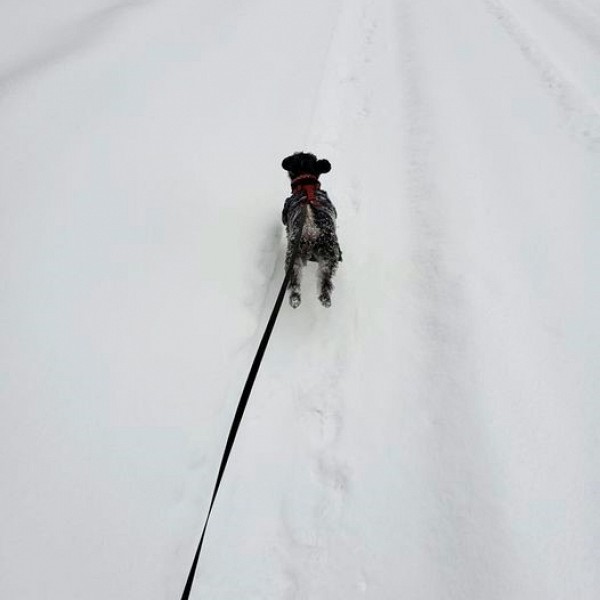 When I was 13 or 14 years old, I began to take a serious interest in photography. I imagined myself the next Ansel Adams, or Margaret Bourke-White. At the time, I was using a “push-and-shoot” Kodak Instamatic 100, which was one step above my sister's Brownie. When I started to get serious about photography, I began to take pictures with my father’s more sophisticated Zeiss Icon 35MM single lens reflex (SLR for short). That camera marked the beginning of a long love affair with photography. Eventually, I graduated to a newer Pentax Spotmatic IIA, complete with a built-in light meter, and easily interchangeable lenses. That was my go-to camera for the next 25 years. By the time I was 15, I was developing and printing my own photographs, and spent A LOT of time in a darkroom. I took many of the senior yearbook photographs for my high school classmates, and I often had a camera hanging around my neck. I even thought I might want to pursue a career in photography. Like so many of my early hobbies, that interest faded with time. By the time I turned 25, I had all but given up taking pictures.

Last week’s Oppenheimer Report had to do with the swift passage of time. Featured in that report, was a black and white photograph I shot in Spanish Harlem, New York City, almost 50 years ago. I got out of my sister and brother-in-law’s car in traffic at a stoplight to shoot the photo, and they were very upset with me. If you knew Spanish Harlem back in 1972, you'd understand why they were less than thrilled. That was a dangerous thing to do.

By the time digital photography emerged, I’d all but lost interest in my hobby. I had better things to do than spend hours in a darkroom. I had a social life. I’d moved on to playing the guitar, writing songs, and drinking copious amounts of alcohol. Digital photography did interest me. I was fascinated that one could now take hundreds of photographs, and one didn’t need to spend as much time framing the perfect shot. There was no worry about wasting film. With the preview feature, the results were instantly available. While this was clearly the future of photography, I wasn’t ready to fork out over a thousand dollars for a digital camera, and so it was a long time before I explored this new technology.

One day, shortly before I married Shauna, I bought a cheap digital camera in some Buffalo photography store. I think it cost under $50. I figured that purchase was an inexpensive way to see whether I might embrace the new technology. The camera looked like one of those disposable cameras you buy before you go on vacation, and it only took 30 pictures at a time. There was no memory card, and after shooting the pictures, I needed to download them to my computer using a USB cable. The camera had absolutely no features at all, the lens was about the size of a pencil eraser, and the photos were grainy and of poor quality. Still, the new technology piqued my interest. I was intrigued by the immediacy of the process; I didn’t need to wait to see my results. Within a year or two, I took the rubber band off and purchased my first real digital camera at Henry’s in Toronto. It was a Nikon Coolpix, a compact camera that I could carry in my pocket. It was easy to use. While primitive by today’s standards, that camera had a good lens and served us well for many years. With excellent results, Shauna and I shot thousands of photos with that little Nikon while we were out west hiking the Canadian Rocky Mountains for several weeks at a time over the span of 12 years. We’ve owned several compact digital cameras, but none that I liked as much as that little Nikon. Currently, I have a newer version of that same camera, and eventually, we purchased a digital SLR as well. I hardly ever use the SLR, because, while it takes excellent pictures, it is bulky and complicated to use. I no longer want to carry camera equipment around. When I was actively shooting photos, I regularly carried around 3 lenses, along with my old analog Spotmatic SLR in a bulky camera bag.

I’ve always been a purist about my photography. Even when I was printing my own work, I was all about the composition. Short of cropping, I rarely manipulated my photos. These days, I rarely shoot pictures with an actual camera, electing instead to use my cell phone. For professional photographers, that is blasphemy, and I get that. There are a lot of amateur and professional photographers out there taking wonderful photographs, with state-of-the-art equipment. While the picture files from my cell phone are not high quality, and would not reproduce well in a publication, I’m not looking to sell photos to a magazine. One thing about my cell phone is that I usually have it with me. I still take great pleasure in recording a special moment. Thanks to digital photography, and the fact that even cell phones now take decent quality photographs, that process has become much easier than it used to be.

When I look at the photograph I took in Spanish Harlem 50 years ago, I am reminded of how much has changed in 5 decades. In some ways, I eschew advances in technology, but I am grateful that it has become much easier to capture a photographic image.