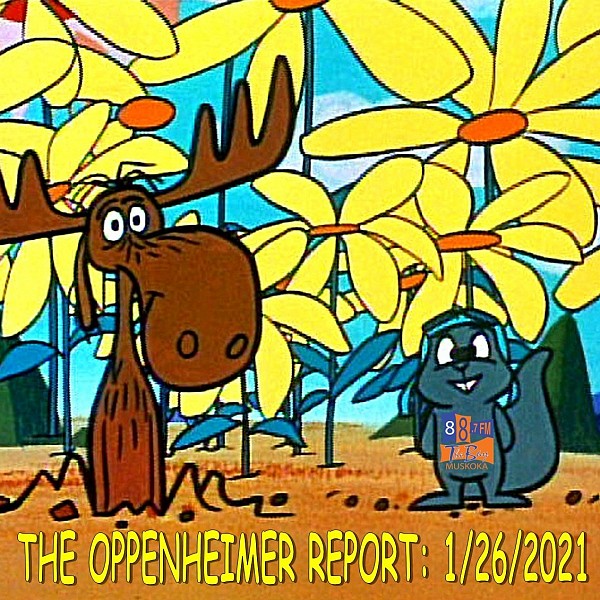 The other day, my cousin Harry Lehman III sent me an old photograph. The post was addressed “to the residents of Frostbite Falls”. That made me smile, because while growing up, my favourite cartoon characters were Rocky and Bullwinkle. I’ll come back to them in a minute. If you were anything like me, you watched a lot of cartoons when you were younger. What were your favourites? I watched them all, and still do on occasion. The fact is, I never really grew up. To this day, I still cannot resist watching a Bugs Bunny or Roadrunner cartoon. I despised that cocky Roadrunner, and I always identified with Wile E. Coyote. By the way, remember how Wile E. was always receiving packages from ACME? It occurs to me that he might have been the first Amazon customer. Remember Foghorn Leghorn, the outspoken rooster? I loved his zingers, “Ah say, Ah say, that boy is about as sharp as a bowling ball!” While I gravitated to the Warner Bros. animations, I also watched a lot of Hanna Barbera cartoons. Yogi Bear, Huckleberry Hound, The Flintstones, The Jetsons (which was essentially The Flintstones set in the future), Scooby-Doo (who bears some resemblance to Astro from the Jetsons); all those cartoons were on my preferred playlist.

Does anybody remember Clutch Cargo, his pal Spinner, and his trusty Dachshund Paddlefoot? I used to watch “Clutch Cargo”, although it was perhaps the worst animation ever to air on national television. I also used to watch Felix The Cat, usually when it aired on The Commander Tom Show, broadcast on WKBW (Channel 7) in Buffalo. It was not until recently that I learned how old that cartoon is. A few years ago, I was looking for a file photo of an old Macy’s Day Parade for a Thanksgiving report, and I found the very old photograph of a giant Felix The Cat parade balloon. Upon further investigation, I learned that Felix The Cat was created in 1919. I had no idea Felix was that old. The old Disney cartoons evoke my earliest memories. Everybody is familiar with Mickey Mouse, but do you remember his predecessor, Oswald The Lucky Rabbit? I do, vaguely.

As I said above, my all-time favourite cartoon is “The Adventures Of Rocky And Bullwinkle”. Developed by Alex Andersen, the show evolved from a pilot project that never aired. It was entitled, “The Frostbite Falls Revue”. Then, in collaboration with producer Jay Ward, the more famous and successful cartoon was born. Clearly, Andersen and Ward had children AND adults in mind when they created that show. Largely due to the genius of head writer Bill Scott, the cartoon series was destined to be a hit for many decades to come. I still love watching episodes when I can find them on TV. While the series only ran from 1959 to 1964, it has lived on in reruns. I adore the quirky characters. Fun facts: Bullwinkle was first known simply as “Canadian Moose” in the original Frostbite Falls pilot, and the name Bullwinkle was derived from a car dealership in Berkeley, California called Bullwinkel Motors. The associated cartoons: “Dudley Do-Right”, “Mr. Peabody’s Improbable History”, and of course, “Fractured Fairy Tales” were all wonderful as well. I particularly enjoyed the stuffy narration. I think it is very possible that the “adult” cartoons that are so popular today, shows like “The Simpsons” and “South Park”, drew their inspiration, at least in part, from the sarcasm and intelligence, the zany zen if you will, of "Moose and Squirrel". Ah, the good old days. I miss them, sometimes.