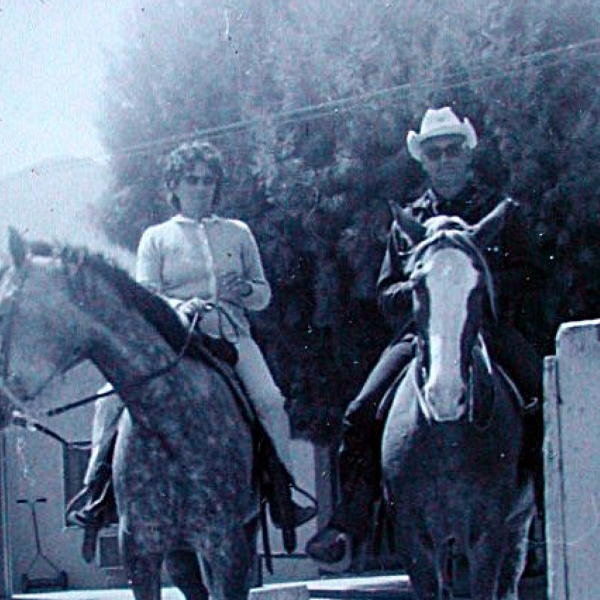 Welcome to Day 1 of the 88 Days Of Summer, here at The Bay 88.7FM, sponsored by XPLORNET! Last week, I wrote an Oppenheimer Report, but did not post it on the Hunters Bay Radio Facebook page, because I felt it was a little too depressing and I prefer to keep things on a more positive note, given all that is happening in the world today. Over the past 28 years, this report has often reflected my state of mind, but I am a little more mindful of what I "put out there", now that more people may be reading it. I did post the report on my own blog site, and if you are so inclined, you can read it there, plus any other report I've written weekly since 2009.

Yesterday was Father's Day. Lately, I've been thinking about my dad a lot. I wonder what he would make of the current state of the world. He was a smart man, and I relied heavily upon his guidance. Dad was 98 years old when he passed. He died May 18, 2009, and while I don't usually keep track of those morbid anniversaries, it was one of the entries on a voice recorder that I keep in my car. I have several voice recorders, because I have a lousy memory, and I make recorded notes all the time. Especially when ideas for song lyrics come to mind, I need to record them before they disappear. When I turned the recorder on the other day, and scrolled back to a random entry, it happened to be a note about the date of Dad's passing. That took me by surprise. First, it didn't seem as if more than 10 years had passed since Dad had died, and second, I found it strange that I ended up listening to that particular entry, less than a week before Father's Day. Was it my dad sending me a message from beyond?

About 5 years ago, I wrote the first draft of an as-yet unfinished song entitled, "Bassett's Farm". The song is about the first time I was reminded that my dad was vulnerable, like the rest of us. I was perhaps 7 years-old, and we were on a farm in Crystal Beach, near our summer home in Ft. Erie, Ontario. My parents kept and rode their horses there during the summer months. I was alone with my dad in a barn and I was helping him "muck out" his horse's stall. Suddenly, I heard him calling for me from the other side of the barn, and the call sounded urgent. He had been operating a mechanical manure spreader hanging from a ceiling track, and something happened which caused his thumb to get caught in the gears. While he wasn't badly injured, he might have lost his thumb had I not been there to release the pressure that allowed him to free his hand. It was a very strange and frightening experience, and I never forgot it.

When I was younger, my dad and I had a complicated relationship. He was my mom's second husband, and he was in his mid-forties when I was born. I was his only biological child. He was a good dad. When I was very young, he spent a lot of time with me, but by the time I was a teenager, we argued quite often. At the time, I resented him for not understanding me. In hindsight, I feel badly about that. I think he did the best he could, considering the vast age difference between us. Now that I have the benefit of perspective, I better understand some of the things that made him who he was. Thankfully, we worked out our differences and became good friends while working together for 20 years in the family business.

Joni Mitchell said it best in her song, "Big Yellow Taxi": "Don't it always seem to go, you don't know what you've got til it's gone".  When I was younger, I didn't appreciate my mom and dad half as much as I do now that they're not here. Things could have gone terribly wrong with me, however both my parents guided me successfully through some troubled times. I am thankful to have had my dad for a father. He was a good, kind, intelligent man with a great sense of humour, and it was his love of good writing that inspired me to begin writing, both songs and prose. His mentoring helped better prepare me for future tribulations. I love him and I know he loved me. I wrote a song about Dad, entitled "The Score", which I was scheduled to record with Sean Cotton, shortly before the pandemic scuttled our plans. Someday, I hope to finish writing the song, "Bassett's Farm".