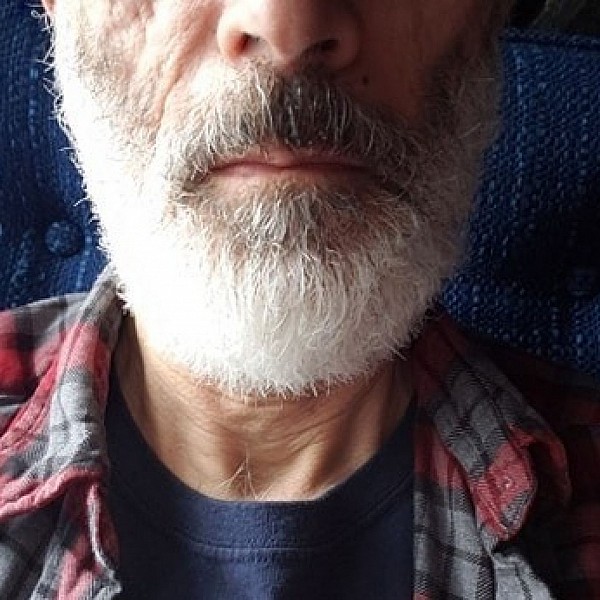 Rattling around in the house as we have been for the past two weeks or so, ET, Shauna, and I have been ever mindful of the need to keep ourselves busy and active (and out of each other’s way). Certainly, one can fall prey to ennui, and to the preponderance of bad news out there. I have been encouraged by my communications with friends and neighbours who are making the best of a bad situation. Because I love to write, a solitary occupation by its nature, I have little problem spending time alone. In order to look the part, I have been growing my Coronavirusian beard. I suppose it’s my version of a playoff beard. Normally cropped short, my beard is getting a bit scraggly, and I’m beginning to look like a hillbilly. Perhaps I should join a bluegrass band. Some of my bearded friends, guys like Buck Marshall, Sean Cotton, and Troy Sinister, can grow a full beard in about one week. Mine is taking a bit longer. I passed myself in a mirror the other day and I saw Festus, that character from the old television series “Gunsmoke”, staring back at me.

I just released 2 songs that I wrote long ago, “Cabin Fever” and “Strange Holiday”, recorded shortly before the pandemic exploded. Both songs seem oddly appropriate for the times. Like so many other musicians and songwriters, I have occasionally posted my live performances, and will likely air a few new original songs over the coming weeks. Ever the shameless self-promoter, I figure I might as well present these songs while people are stuck at home and might be on their computers. In the past 2 weeks, I have received several submissions for my LYRICAL WORKERS radio show, and I’ve heard at least 5 original songs dealing with our current crisis. Neil Diamond performed a rewrite of “Sweet Caroline” (Hands,... washing hands,... reaching out,... don’t touch me,... I won’t touch you). Artist Chris Mann performed “My Corona”, a very funny parody of The Knack’s hit single “My Sharona”. It’s funny because Shauna and I planned to write a parody of that song last week, but Mann beat us to the punch.

Shauna and I joined a private Facebook group of locals who are posting their usually light-hearted submissions about how they are coping with self-isolation. I suspect that 24-7 life at home has been somewhat challenging for more than a few. On the above-mentioned page, there are posts of recipes, photos of wildlife, amusing anecdotes, and yes, some videos as well. Our friend Leonard Gray, who lives in nearby Burk’s Falls, recently posted 3 selfie cell phone videos that were hilarious. Together, they comprised a tongue-in-cheek video journal, depicting 11 days of Len’s sequester with his family. The video was choppy and made to resemble something a prisoner of war might say, locked in a windowless cell awaiting his imminent torture. Len discussed his ill-considered inclination to binge watch Mad Max movies with his young daughter, with the intention of apprising her of the coming apocalypse. This choice was wisely vetoed (on camera) by his more level-headed wife. He talked about his lack of hygiene, and the fact that he’d been wearing the same sweatpants for well over a week, and that he had not taken a shower in about as long. In one segment, which gave me the biggest belly laugh, he discussed “losing it” in a local supermarket, wherein he decided that it was his civic duty to warn customers that they were not practising proper physical distancing. He went on to say that he was summarily banned from said supermarket. Of course, this was all in fun, but while Len was being hyperbolic and funny, he touched on the stress most of us are feeling these days.

I hope you’re all coping with your isolation with at least a modicum of humour. I’m going to go look at myself in the mirror again (for the 40th time today) to see if my beard has grown since I began writing this. Until next week, I remain your finger on the pulse of humanity. Stay safe, self-isolate!