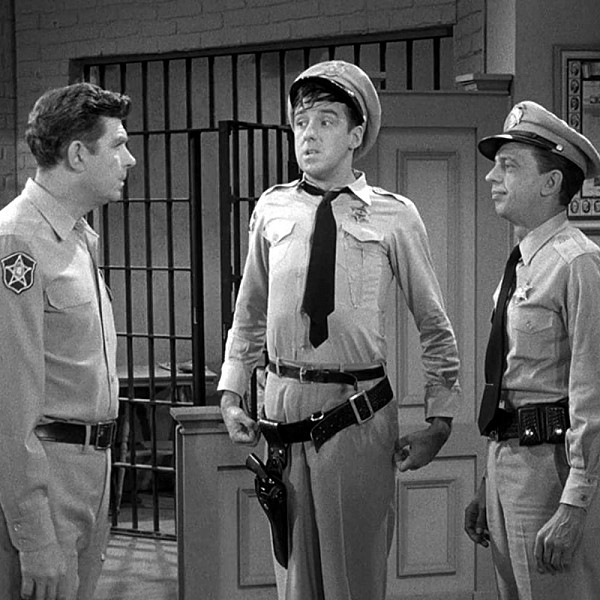 Posted: 2021-09-13 16:31:45 By: thebay
Reprised from October 12, 1997:
To my 12 loyal readers, I need to take a break from The Oppenheimer Report for a little while. I will hopefully resume my musings soon, and in the meantime, I'll post a few of my (funny) older reports. In a few months, it will have been 30 years since I began writing these weekly articles, so I have many in the archives that I can reprise. To follow, is one of my off-colour attempts at humour in an Oppenheimer Report about the sitcoms "The Andy Griffith Show", "Andy Of Mayberry", & "Mayberry RFD", shows that many of you are probably too young to remember ...
THE OPPENHEIMER REPORT (October 12, 1997). It's time to play "Where Are They Now?". This week, we return to Mayberry RFD to see how that sleepy little town has fared over the past 25 years. Remember Aunt Bea's friend Clara? She had to be institutionalized after, in a state of dementia, she was discovered flashing passers-by on a local highway (and I don't mean flashing her brights). Lost without her best friend, the lovable Aunt Bea became a compulsive gambler, eventually losing her house and all her worldly possessions betting at the track.
Helen Crump caught Andy (to whom she was now engaged) in bed with the town tramp, dashing any hopes she might have had of marital bliss. Betrayed and jaded, she left Andy and became a waitress / table dancer at the local biker bar. She subsequently lost an eye trying to break up a vicious knife fight. Sporting her signature black eyepatch, she became known as "One-Eyed Helen", meanest barmaid in Mayberry.
Unable to cope with the pressures of student life at NYU, Andy's son Opie flipped out one day and, dressed as one of Santa's helpers, sprayed automatic gunfire across an entire floor of Christmas shoppers at Bloomingdales. Opie was sentenced to life in prison with no chance of parole, and Andy disowned him.
Still the town drunk, Otis became a successful real estate entrepreneur, buying up 1,000 acres of farmland on the outskirts of town and developing it for industrial use. When he sold some of the property to a large landfill operation that serviced a nearby big city, the resulting pollution and groundwater contamination virtually decimated the once pristine Mayberry. The town landed on the state toxic waste hit list, and the opportunistic Otis capitalized on this tragedy by purchasing a hazardous waste cleanup business with his windfall. No flies on Otis.
Now married, Thelma Lou and Barney raised eyebrows in the little town when they were caught in a bizarre sex scandal. In a heated session of kinky sex, they accidentally handcuffed eachother to their bed and, because Barney's keys were across the room in his pants pocket, they were forced to remain in this compromised position until discovered the next morning by the cleaning lady. That Barney!
Howard Sprague, the honest, mild-mannered and kind-hearted accountant, grew weary of being Mr. Nice Guy. Using his computer skills to siphon off state aid targeted for Mayberry, he looted $375,000.00 from the town coffers, then ran off to the Caymans with Floyd the barber's wife. Humiliated and unable to face the embarrassment of being a cuckold in a small town, Floyd stabbed himself to death with his barber's shears.
Goober was nabbed by the Feds when it was revealed that for years, he had been running a "chop shop" out of his small Mayberry garage. Widely believed to be a simpleton by the local townsfolk, Goober turned out to be the most feared and respected crime boss in the state. All told, his net worth was estimated to be in the neighborhood of $23 Million. He was subsequently tied to the Hoffa disappearance and several other conspicuous hits, but law enforcement officials are unable to make any charges stick. When all the witnesses in the investigation disappeared without a trace, Goober was released with a fine and a warning. To make a long story short, the day that show went off the air, Mayberry went down the crapper. Needless to say, I was shocked to hear about Howard Sprague, and who knew about Goober?
Written by Jamie Oppenheimer ©1997 ALL RIGHTS RESERVED
JamieOppenheimerSongwriter@gmail.com
JamieOppenheimer@MuskokaRadio.com
HuntersBayRadio.com/listen
Message 1 of 794
PLACE YOUR AD HERE!