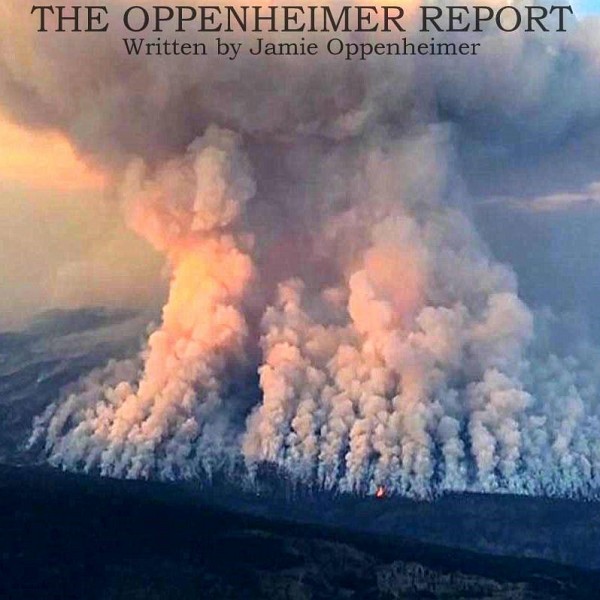 After almost 4 years of nonstop verbal diarrhea from the Orange Emperor, the spewer of poop, the prince of prevarication, I did not think that anything else he could say would get a rise out of me. I stand corrected. He finally said the dumbest thing I have ever heard any human being say (so far), let alone the President of the United States. When grilled about the wildfires raging in the Western United States, and in response to a question wherein the science of climate change was referenced, his response was that “Science doesn’t know.” Those were his exact words. Disregard for a moment the fact that this jackass has the communication skills of a kindergarten student, and that what he likely meant to say was “science is incorrect”, or “scientists don’t know”, I don’t think I have ever heard even Rump say something so ignorant. Yes, the science of climate change may be inexact, but Frump’s ignorance is dangerous. I don’t want a leader who thinks that gravity is magic. Now that the legendary, iconic Supreme Court Justice Ruth Bader Ginsberg has passed on, and may she rest in peace, I fear the repercussions of a Supreme Court Justice picked by this rocket anti-scientist. Will Roe vs. Wade be reversed? Will they reinstate public stonings, perhaps bloodletting? The political climate is changing.

Indeed, climate change is a polarizing subject. Ever since former VP Al Gore came out with the documentary “An Inconvenient Truth”, that subject has been a little more in the public eye. My nephew, a meteorologist for NOAA down in Virginia, does not like that movie. He believes that climate change has become far too politicized, and he questions the accuracy of the scientific predictions made to support Gore’s message. He doesn’t deny that climate change is taking place; clearly it is. His contention is that climate change is cyclical and not likely to be changed appreciably by man. We have only been keeping climate records for a relatively short period of time, and these cycles take place over long spans of time. Certainly, our massive generation of greenhouse gases exacerbates the problem, and absolutely, we should move away from fossil fuels.  Still, for our survival, perhaps there are more effective and economical ways to adapt to the coming changes.  A few years ago, my nephew sent me a very interesting book entitled “Cool It”, written by a Danish statistician named Bjorn Lomborg. In the book, Lomborg suggests that, among other things, adjusting to the inevitable changes might be a more productive use of our energies. Lomborg believes that it is economically unfeasible and simply unrealistic to think that newly industrialized countries will jump on board to make significant changes in the global warming trend, at least in time to make any difference. Population control and better land management might be more productive solutions. Rump would probably love this guy, but he likely hasn’t even read the Constitution, so I doubt he will read “Cool It”. He probably doesn’t even know where Denmark is.

As I mentioned in a previous report, with the help of Hidden Habitat Ecological Landscapes, we put in a proper raised garden bed and planted a wide variety of vegetables on our property this season. Thanks again to Laura and Tyler Thomas for making that happen. Tending to a garden has been good therapy during these strange times, and those fresh vegetables and tomatoes taste great. Even if it is only a token gesture, the idea of growing something locally has been a learning experience for us. Regrettably, we did not plant until early June, but we’ve had a pretty good crop for our first year. After the recent cold snap, that season may soon be over. I’ve been tarping every night to save what I can from the nightly dips into the frost zone. Contending with the weather has been a challenge, and an important reminder of the effects of climate change on farmers. Up here, it’s a short growing season, and when we have had rain these days, it’s coming in torrents. That is not helpful. My rain gauge is my little folding boat down at the dock, and at least 5 times in the past 3 weeks, it has rained so hard that the "Porta-Bote" was in danger of sinking.

I think someone should get T-shirts printed up with Rump’s bloated face on it that read “Science Doesn’t Know”, or better yet, print it all on red baseball caps.