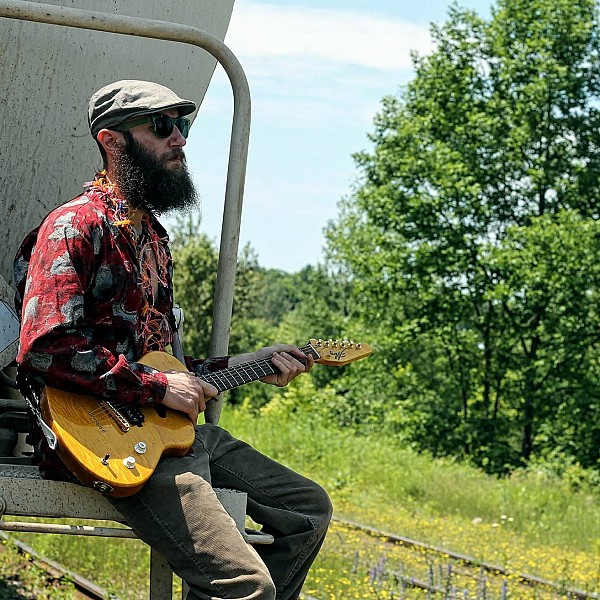 There can be only Juan . . . and his friends

Trying to find a simple description of the musical stylings of Juan Barbosa is akin to pushing a square peg into a circular opening; it’s not going to happen.

The long-time Muskoka-based singer, songwriter and musician is always up for trying out new styles, sounds and flows when coming up with material. He finds inspiration all around him and is constantly shifting as the creative energy flows.

And don’t bother asking about a favourite style, because Barbosa doesn’t fit into anyone’s ideas of what he should or shouldn’t be playing: the man does not fit into a box.

“If you go back to The Road Back Home (2013), that damn record was all over the place,” recalls Barbosa. “Funk, blues, R&B, soul, rock, hip hop, Latin, even a tinge of metal here and there. It was absolutely ridiculous!”

Acknowledging he lacked a bit of discipline when making the album, Barbosa has since found focus each time he dives into a new project.

“Listen (2014) crept into a darker harder blues rock vibe, and Soulbot 6000 (2015) went hard 70s/electro. I managed to at least keep it tighter stylistically on the last two, and I'll try to do the same with the next, but again, it's not going to sound anything like its predecessors.”

Finally, back doing live performances this year – and always up for more – Barbosa says it was tough during the pandemic not being able to share his music with others.

However, he made do, even collaborating to provide the masses with an online show with his “long time musical amigo Jeff ‘Ol’ Stampy’ Stamp.

“It was a very strange thing not having a crowd to feed off of,” says Barbosa. “It felt like being in a cage or something, with no connection to the people on the other side. I was glad there were some good comments and that people enjoyed it, but I felt sad that I couldn't enjoy them . . .  I enjoyed the show with Jeff because I love playing with that dude. We just naturally click and it's effortless.”

Along with Stamp, Barbosa ranks Jamie Oppenheimer and Douglas McLean as part of his favourite collaborations. Giving props to other artists he’s worked with over the years, Barbosa says the creative energy being exuded when making music with Stamp, Oppenheimer, and McLean sets them slightly apart from the rest.

“Those dudes and their music have a strong personal connection to me, and when you add that to great music, what you have is pure gold,” he says.

As well as getting air play on The Bay 88.7 FM, Barbosa’s music can be found on Spotify, Apple Music and on at his own YouTube channel: https://www.youtube.com/user/juanbarbosamusic

GOT A HOT TIP OR STORY YOU WANT US TO COVER?

Send a message to hbr@muskokaradio.com