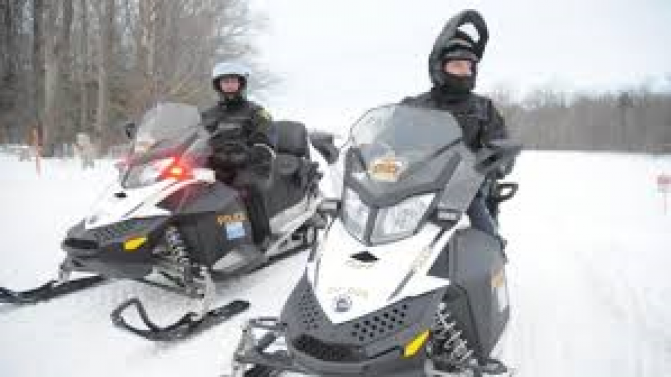 Travelling On Frozen Lakes Accounts For Half Of All Snowmobile Deaths

With Snowmobile Safety Week underway, the Ontario Provincial Police (OPP) has released a ten-year data report on snowmobile fatalities, which officers hope will encourage snowmobilers to avoid the recurring behaviours that contributed to the majority of the incidents over the past decade.

During the past 10 snowmobile seasons, the OPP has investigated 175 snowmobile fatalities throughout the province. Among the findings in the report, excessive speed, loss of control, driving too fast for the conditions and ability impaired by alcohol were listed as the top contributing factors. In fact, alcohol was involved in almost half of the deaths.

Another compelling fact is that almost half of the snowmobilers who died were traveling on frozen lakes or rivers at the time of the incident. Police say the circumstances that led to the deaths include intentionally driving onto open water, breaking through the ice and collisions with other snowmobiles and natural landmarks.

The OPP is reminding riders that no ice is safe ice. All riders should ensure they use proper safety equipment in addition to wearing appropriate outerwear for the conditions they may encounter.