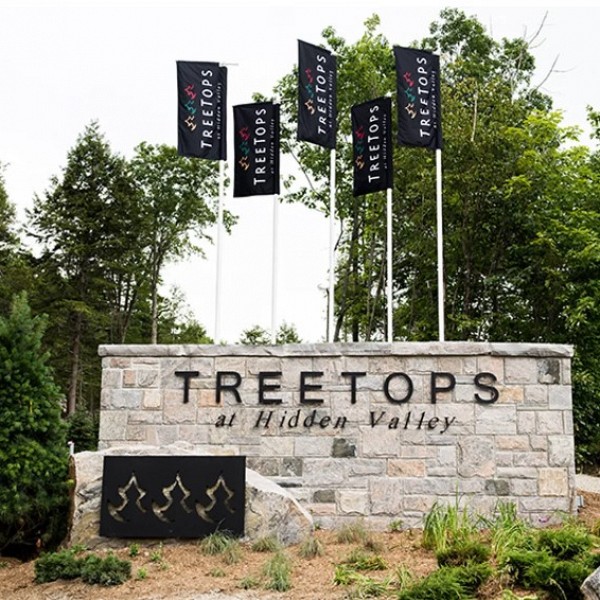 In the January 19, 2022, Planning Council meeting, the District of Muskoka announced that Treetops Condominium Development at Hidden Valley in Huntsville is seeking an extension for the remaining units that weren’t built in the timeframe initially approved by the Town.

According to representative, Leo Longo, “Ten years ago we received approval for 18 buildings on Deerhurst Drive. Due to delays and client encroachment, we can’t complete it in ten years.” He adds that a second condominium corporation will take over the remaining units to be developed.

Seasonal resident, Jeff Hayward, expressed issues about photos between 2014 and 2015 showing a concerning accumulation of water on the development property.

District Manager of Planning, Kassidee Fior, indicated “We have flagged the concerns regarding written concerns about it and will further up on it.”

In response to complaints by a neighbouring condo and the impact of the development causing damage to their property, including flooding and erosion, Longo said “I’m unaware of any encroachment issue. It’s something the engineers will discuss. One property can’t encroach on another.” He added that there were issues that were resolved in a final settlement in a court proceeding in 2012.

At this point, Longo indicates the developers intend to build according to plans and will continue to provide information as the land is further developed.

The committee will consider public comments before making any recommendations, and staff findings will be addressed in the next meeting.