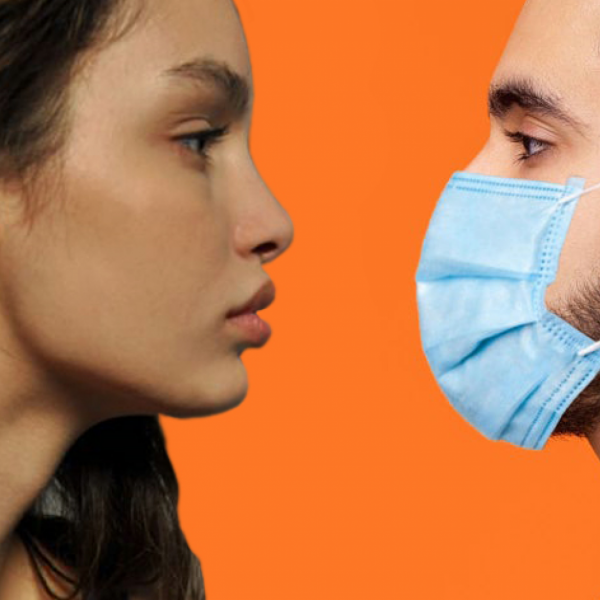 We Are Better Than This - Just My Opinion

I’ve been thinking about how we’ve been treating each other since COVID-19 hit.  And let me tell you, it’s gotten pretty ugly here in Muskoka.

It started in April with animosity toward seasonal residents who were coming up to their second homes to ride out the pandemic in relative safety.  Fear that they would bring the virus with them led to confrontations and even vandalism.  After two months, when we hadn’t seen a surge in infections, we redirected our vitriol toward weekend visitors.  Frustrated by what we perceived as recklessness, we feared that THEY would cause an outbreak here in Muskoka.  But summer’s half over and we still haven’t seen a surge in infections.  So now our hostility has been turned toward people who aren’t wearing a mask in public.

Ironically, this means we’ve turned on ourselves.

Many seasonal residents and visitors have been wearing masks since long before they were required.  It’s mostly locals who are not wearing them right now.

Grocery store workers who were applauded as “front line heroes” in April are now targets of harassment.  Cashiers who don’t wear a mask while behind their Plexiglas barriers are berated, even though the health unit has specified that the Plexiglas is adequate protection for everyone.  And workers who are exempt from wearing a mask due to medical or other issues are grilled by self-appointed “mask police”, even though the health unit has stated that they have no obligation to explain why they are exempt.

Staff at my workplace is respectful of customers who cannot wear masks, but we hear stories every day about people being shamed, belittled, even yelled at by other customers.  I served a woman last week who was sweating, trembling and literally gasping for air behind her mask, but wore it anyway because she was too intimidated to walk around the store without it.

I can’t remember an issue that’s had so many people literally in each other’s faces.

And while the majority of confrontations have been directed against those who are not wearing masks, the latter have been known to get their licks in too.  The worker who stands at the entrance to a business to remind us to put on our mask is sometimes a target of verbal and even physical abuse.  And businesses that have taken a hard line enforcing mask use have been threatened with boycotts.

We are better than this.

We don’t tolerate bullying in any other aspect of our lives, but somehow harassing people who aren’t wearing a mask is considered virtuous, while those who become combative when asked to wear a mask think of themselves as patriots.   What these people really are, are bullies.

I understand that our world is pretty difficult to cope with right now, what with health concerns, financial uncertainty and loneliness.  But confrontation and aggression are not going to make our lives any easier.

If you find yourself bullying someone over a mask, try to remember that most of us are anxious and uncertain right now, and we’re all doing what we believe is best in the face of ever-changing information.  Just be respectful of one another and abide by the rules of the business you’re in.  It’s not your job to educate people.  And shaming people does nothing but hurt them. It won’t change their mind.