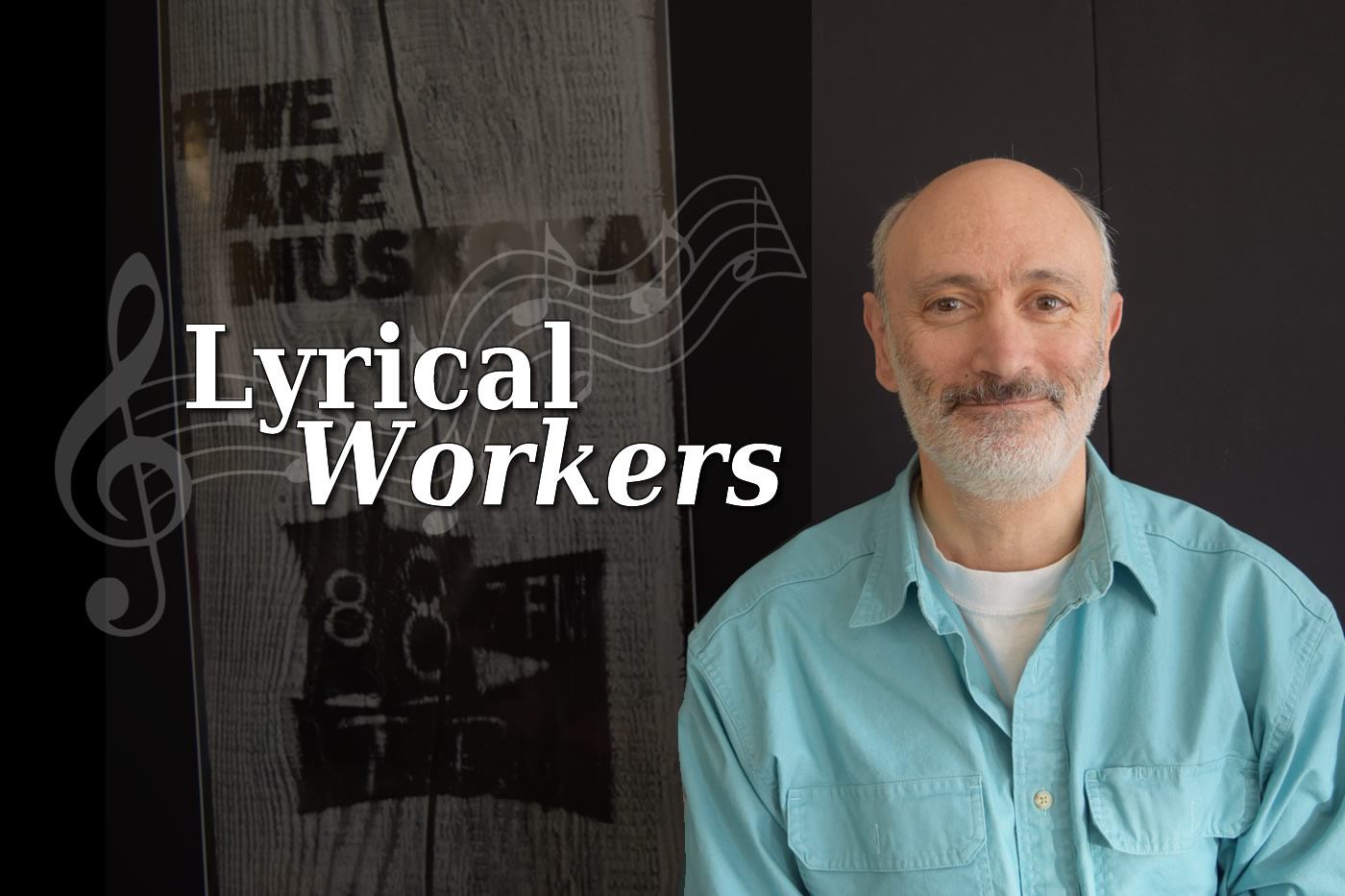 Every Thursday night on Hunters Bay Radio, from 8-11pm, Jamie broadcasts his show Lyrical Workers wherein he features a setlist of new and old songs he finds interesting, from the point of view of a songwriter.

Often airing the original works of Canadian artists, including local talent, Jamie is enthusiastic about finding good songs and songwriters to present on his show.

If you have a song you’d like him to hear, he can be reached by email at: jamieoppenheimersongwriter@gmail.com

Originally from Buffalo, N.Y., Jamie Oppenheimer moved up to Toronto in 1994 to marry and live with his wife Shauna Leigh Taylor. An industrial real estate broker in Buffalo for 20 years, and an industrial real estate salesman in Toronto for 5 years,  Jamie took early retirement in 2007, when he and Shauna moved up to the Almaguin Highlands from Toronto. On Little Doe Lake in Katrine, Ontario, on the site of the old Taylor family cottage, they built their permanent residence in 2008, and they have lived there ever since.  An avid writer since he was in his early teens, Jamie has been writing a weekly blog since 1992, entitled The Oppenheimer Report (http://theoppenheimerreport.blogspot.com). He began to write songs around 1989. Over the next ten years he wrote over 100 songs and actively pursued a publishing contract, but to no avail. While he never stopped writing and composing songs, he no longer actively seeks commercial recognition. Around 2013, and after realizing that there was a rich pool of talented local musicians and songwriters, Jamie ended a long hiatus from performing and began to play local venues, purely for his own enjoyment. After performing live on air at Hunters Bay Radio in late 2013, and with the support and encouragement of various hosts at the radio station, Jamie became an active volunteer. Since then, he has released a CD of his original songs, Imposters Game, and routinely releases new songs he’s written on his radio show Lyrical Workers. Recognizing the value of a local radio station which is so supportive of the local community, Jamie enjoys mentoring and collaborating with promising local writers and artists.