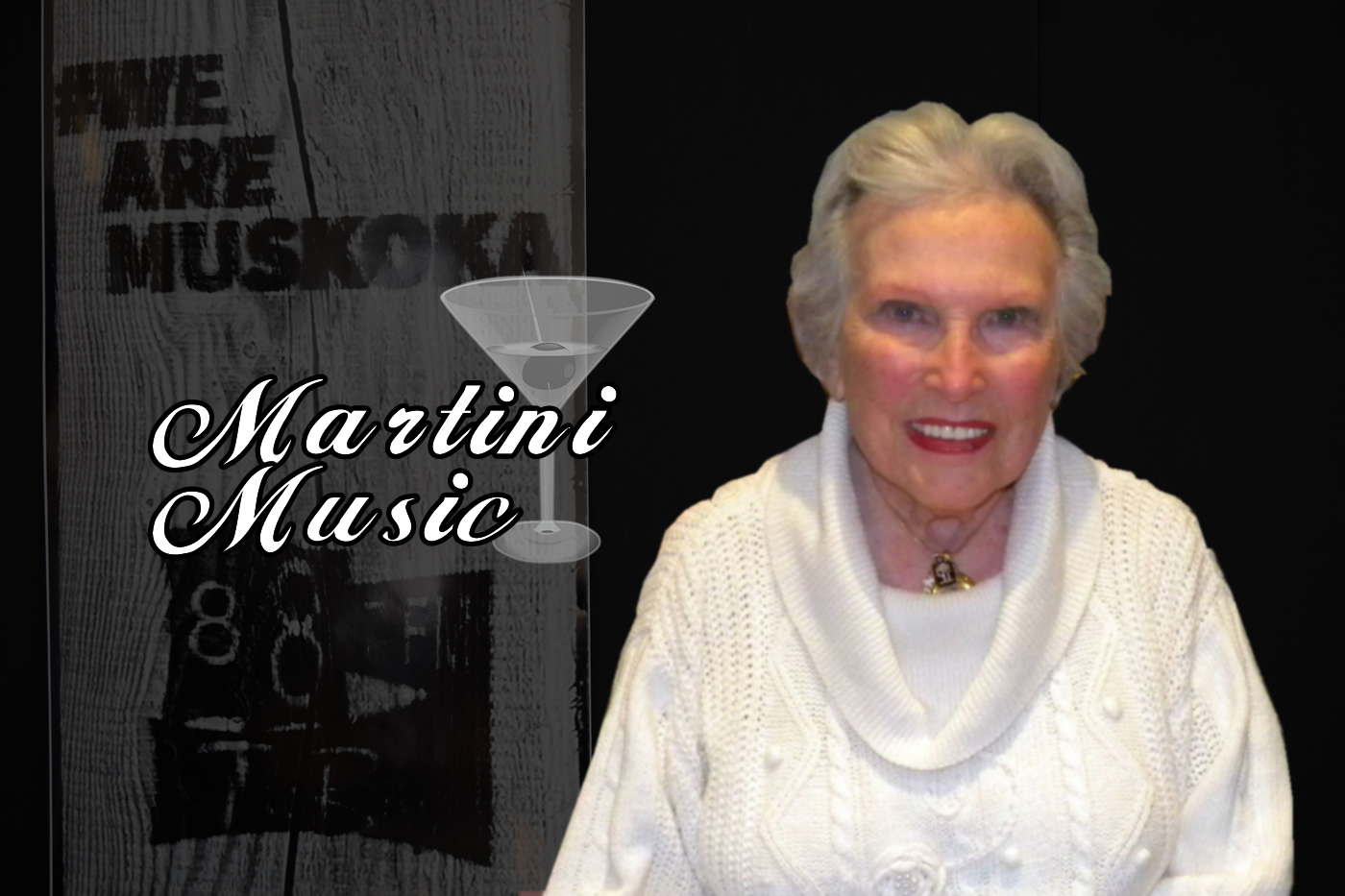 Martini Music celebrates a bygone era. Relax and enjoy the timeless songs, popular orchestral arrangements, and wonderfully crafted lyrics sung by some of the greatest voices in the music industry. Although there are many artists that are still well-known, Martini Music is full of surprises. You may hear a song that is familiar, arranged in an unfamiliar way.

From Vic Damone to Harry Connick Jr., from Ella Fitzgerald to K.D. Lang, and from Artie Shaw to Chris Botti, Martini Music presents the smooth sounds and the most romantic songs to an audience that ranges in age from 9 to 90.

Ethel Taylor (“ET”) is in her 90’s, was born in Toronto, and has lived there all of her life. She and her beloved husband, Dr. Sydney Taylor, were able to share their love of music at home and during their travels. They enjoyed concerts featuring crooners and bands that played at “local” spots like the Palace Pier and the Palais Royale in Toronto. Syd and ET took pleasure in travelling to many of the fabulous locations in New York, Chicago, Miami, and Las Vegas where so many of the great stars performed.

ET was very close friends with the recently-departed Vic Damone, but also knew Steve Lawrence and the late Eydie Gormé, the late Lena Horne, the late Sammy Davis Jr., the late Bing Crosby, the late Rosemary Clooney, the late John Raitt, the late Don Rickles, the late Buddy Hackett, the late Hugh Hefner, as well as Chris Botti, Sy Smith, Diahann Carroll, and so many of the artists that are featured on her show.

James Carroll was the original host of MM, and it was his intention to interview ET because of her association with many musical stars of the past. During the last few years of his life, James and Ethel developed a close friendship. ET inherited the Martini Music show when James passed away in April, 2016. She dedicates each show to his memory and their shared love of this special music.