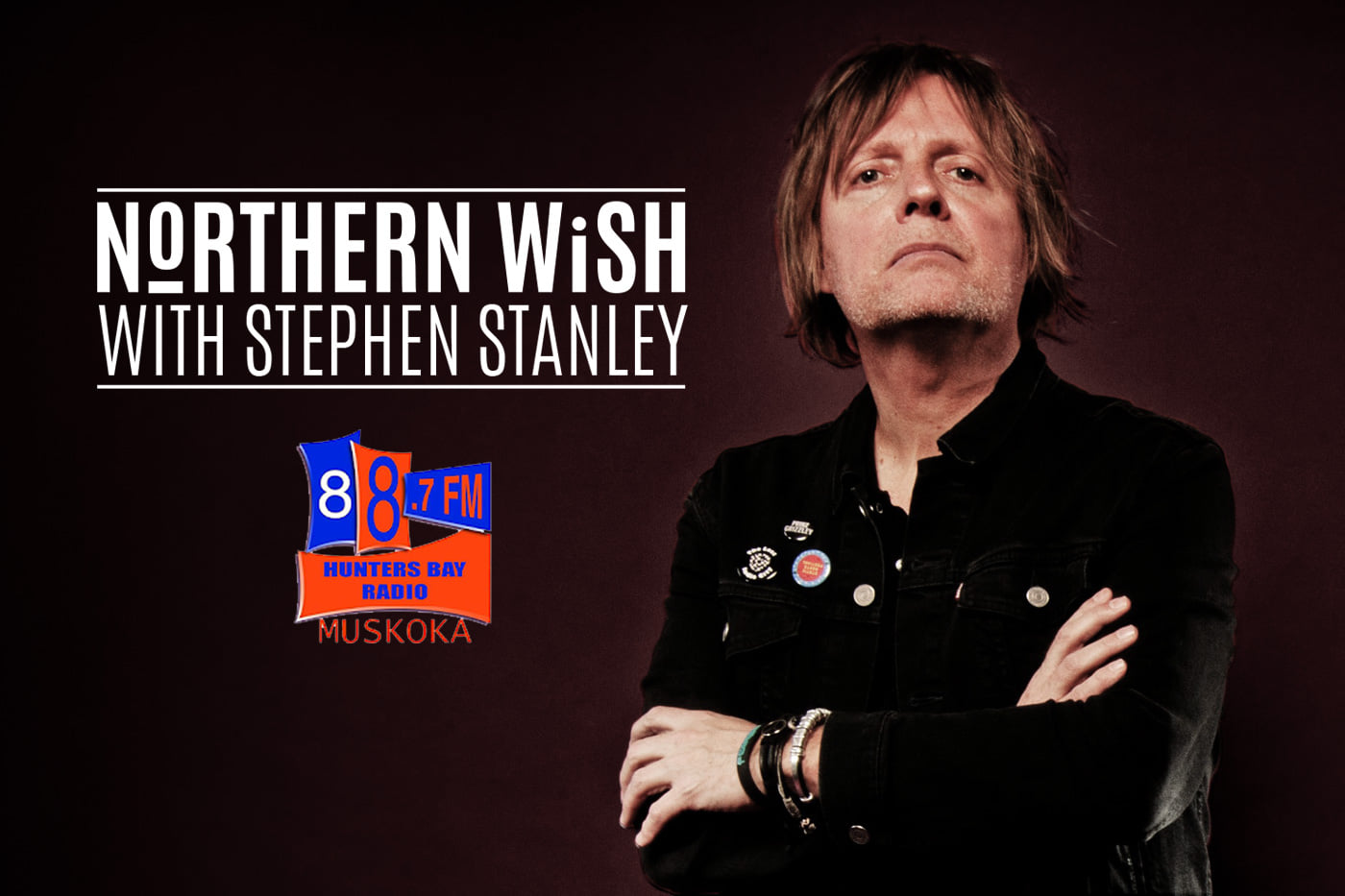 Join me every Monday at 2pm here on The Bay 88.7FM as we dig into the songs, the stories behind the songs and the songwriters who create them. They’ll be a weekly guest, we’ll focus on the Canadian music scene, the unknown, the lesser-known, the well-known and the soon-to-be-known... Mostly, we’ll just celebrate the music that I love

Canadian singer-songwriter and guitarist Stephen Stanley is best known from his many years as a founding member, lead guitarist and vocalist with alternative rock band The Lowest of the Low. After many hits, years of touring and sharing the stage with the likes of Billy Bragg, The Violent Femmes, The Jayhawks and Lloyd Cole, a gold record for their “genuinely timeless album” (Exclaim!) Shakespeare My Butt, Stanley is back on the music scene with his own band, The Stephen Stanley Band, and an internationally acclaimed record Jimmy & The Moon (2018).

Jimmy & The Moon received considerable radio airplay, raves and features from Canada (Now Toronto, Exclaim!, Spill Magazine, Fervor Coulee, FYI Music News, etc.) to the USA, Netherlands, Ireland and the UK. As the press poured in, Stephen and the band played numerous shows in Canada, including monumental shows with Bob Mould, Cracker and Jake Clemons. The group also accepted an offer to play at the 2018 Static Roots Festival in Germany on a tour that included the UK and Ireland. Americana UK described Stephen’s work this way: “The songs are big and bold, unafraid, unashamed to flaunt their heritage… Stanley’s voice being not a thing of beauty but a workman’s tool skillfully used to create just the right effect...This is the work of a veteran who still has things to say.” Stanley is currently working on, arranging and pre-producing his band’s next record.