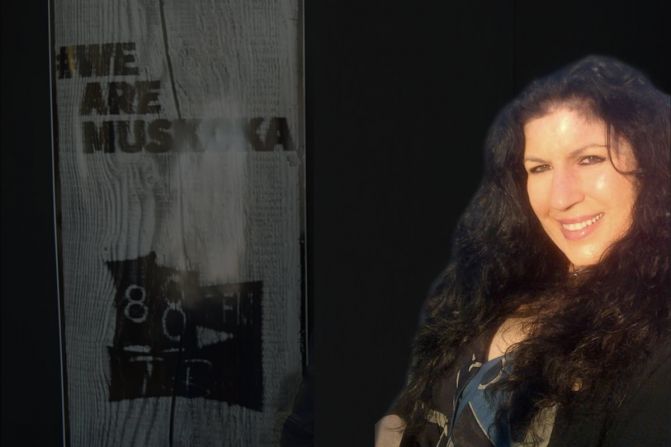 Originally from Toronto, Ontario, Shauna Leigh Taylor began taking piano lessons at the age of 5, and was composing music and poetry by the time she was 10. A child prodigy, she was teaching piano and music theory to a long list of students by the time she was only 12 years of age, and as well, she attended University of Toronto’s Royal Conservatory of Music. At 21, she had the honour of having a song she composed and wrote with her mother, Ethel “ET” Taylor (the host of Hunters Bay Radio's Sunday night show "Martini Music") recorded by the legendary singer, film actor, and television host, the late Vic Damone. Through their affiliation with her "Uncle Vic" and many of her father's patients from the entertainment business, Shauna, her mom, and dad (Dr. Sydney Taylor), attended many concerts in Toronto, New York City, Chicago, and Las Vegas, and met, socialized, and became friends with many of the day’s top musical artists.

After graduating from the Conservatory, Shauna’s first full-time job was working in the Music Cataloguing Department of the then recently opened Toronto Reference Library. While living in Downtown Toronto, she added to her resume a job as Marketing and Advertising Assistant and Executive Assistant to the President of Bay Bloor Radio. Later, she worked in the Media Buying Department at the J. Walter Thompson Advertising Agency, buying time for commercials on TV and radio. Shauna was then hired as Office Manager for The Citadel General Assurance Co. Subsequently, she held a position as Employment Consultant at XL Office Personnel, a division of Saber Consultants. After XL was dissolved, Shauna formed her own business, TaylorMade Careers Inc. All of the clients with whom she’d established a relationship followed her to her new business. TaylorMade Careers is a full-service Employment Agency, offering services to both employers and employees. Those services include career planning, employee recruitment, resume writing, resume verification, employee retention, and mediation between employers and employees.

It was Shauna’s love of songwriting, piano, and music in general that eventually led to her marriage to her husband in 1994, Jamie Oppenheimer, (songwriter, guitarist, blogger, host of Hunters Bay Radio's "Lyrical Workers", and Producer of "Martini Music"). Jamie proposed marriage to Shauna in a song he composed for her while driving up the QEW to Toronto on one of his weekly visits from Buffalo. After living in downtown Toronto for many years, Shauna and Jamie decided to settle up north in the Almaguin Highlands. Heeding the last words of her beloved, late brother (Dean Jordan Taylor), which were, “Don’t postpone joy”, Shauna and Jamie followed their dream and built their log home and primary residence on the site of the old Taylor family cottage. At Hunters Bay Radio, Shauna has found a new home for the skills she developed in the music, advertising, and employment businesses. Her volunteer support for her "favourite radio station" makes use of her skills in both the creative and management side of music.