Hunters Bay Radio first launched as an internet radio station in 2009, located in a basement office of the building we now occupy. Years later, when we received our FM licence, we moved upstairs to the main floor of the building. Built in 1896, it was the home of the town's first Lawyer, George S. Wilgress. He operated his practice not far up the street at a building that is currently named Cafe Wilgress, although for many years, it was known as The Bookcase. According to a story written in The Huntsville Forester, Wilgress, his wife, and another person "mysteriously died" overnight, with no explanation. We believe it could have been carbon monoxide poisoning, but have no proof. We also think that the place is haunted.

Shortly thereafter, the property was purchased by The Muskoka Woods Lumber Company, who then operated a mill behind the property on Hunters Bay. Over a period of time, the name of the company changed several times. The building was known as the Tembec Building, also Kinton, Martin, and Wellwood. In 1997, the building was bought by its current owner. From that space and for the next 16 years, he operated an internet/computer company called SureNet. 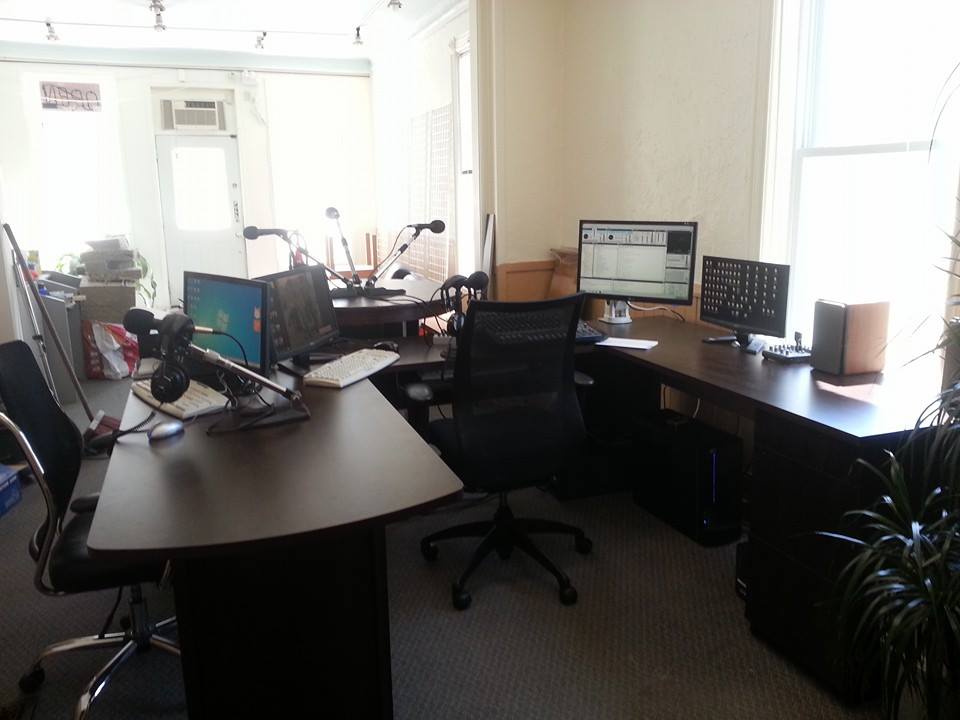 In 2014, when Hunters Bay Radio moved onto the main floor of the building, we installed a studio and live performance stage and then began broadcasting on-air. Since that time, we have upgraded our equipment and the offices out of which we work.

In 2015, we opened our first satellite studio in Bracebridge and had hoped to broadcast live from the space at Nipissing University. We occupied a small area beside the student lounge and we were planning to work with the owner to provide live-to-air concerts. Sadly, about a year later, Nipissing announced the closure of the campus and we had to vacate the premises. 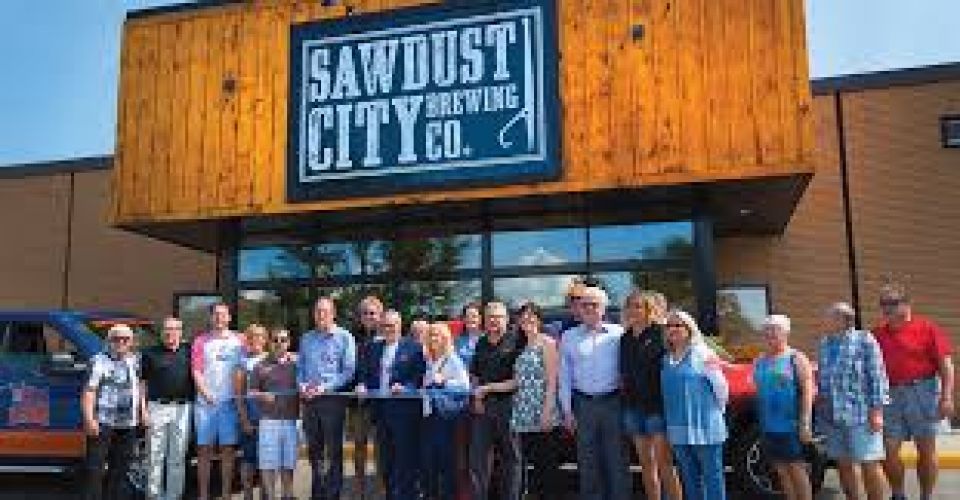 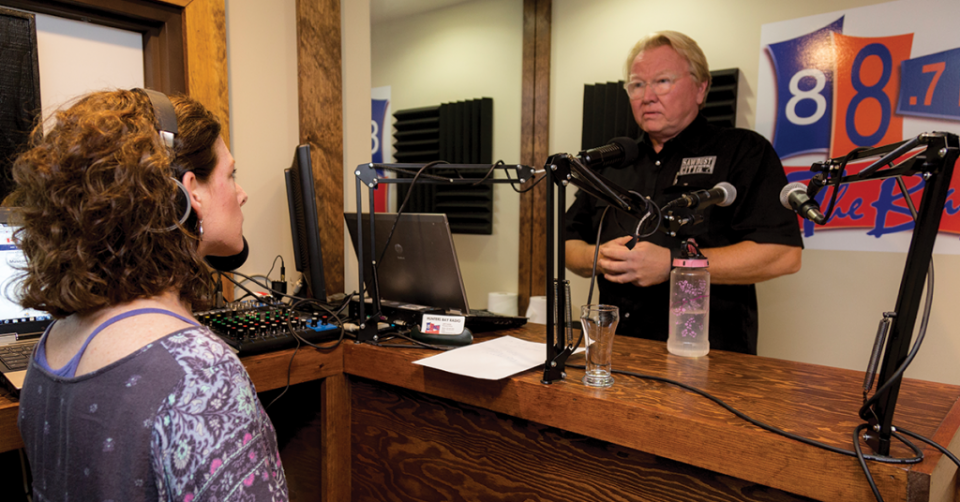 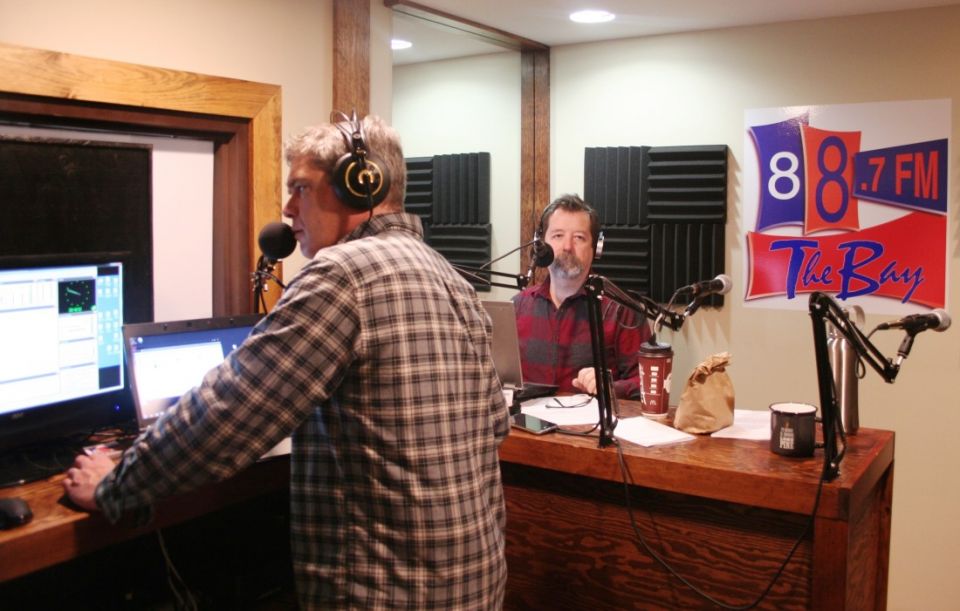 In 2017, we opened our first remote live-to-air studio in Gravenhurst. The space at Sawdust City Brewery was the perfect place to set up shop. We now broadcast live from that location on a weekly basis, and several talk radio shows are produced out of that studio. 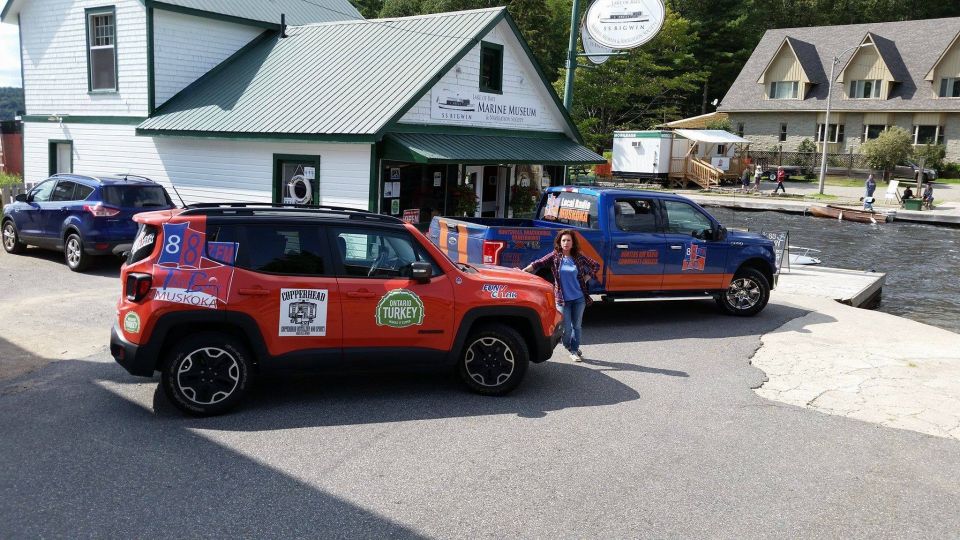 In the summer of 2017, we opened our first "Pop Up" studio at the S.S. Bigwin Marine Museum in Dorset, Ontario and provided live-to-air programming out of that location until Thanksgiving of that year. We are planning to return this summer.

We are in the planning process for a new Bracebridge location at The Muskoka Foundry. Originally, it was a thriving linen mill that opened in 1904, and then operated as a metal fabrication factory for over 100 years. Presently, it is being turned into a dining/shopping/entertainment complex. The building is currently in the transformation phase, turning it into the new home of several businesses, including Hunters Bay Radio.

Stay tuned, as The Bay continues to grow with its listener base.