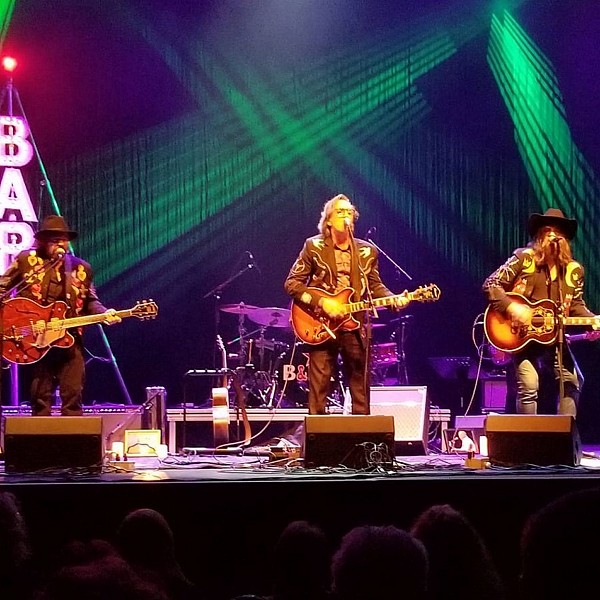 Blackie and the Rodeo Kings graced the Algonquin Theatre stage a few weeks ago for what can only be described as a highlight of the spring season of The Huntsville Festival the Arts.  That’s saying a lot, after all it’s only March and it will be a while before the summer season starts.

The band, a Canadian supergroup, formed 25 years ago in what was supposed to be a one-off project paying tribute to Canadian songwriter Willie P. Bennett.

The band, consisting of Colin Linden, Stephen Fearing and Tom Wilson, are accomplished musicians in their own right and had successful solo careers.  They say they had no plan to continue as Blackie and the Rodeo Kings.

Now, 25 years later, they are on stage at the Algonquin Theatre.  The critically acclaimed, Juno winning band, is a tight as a band can be – and the energy they project is all consuming for those familiar with their work as well as newbies to the BARK experience.

Listening to them jam in the middle of the show, cemented my excitement about the band.  Sure, I know the “hits”, but this was a different experience – one I recommend you experience for yourself the next time you get the opportunity.