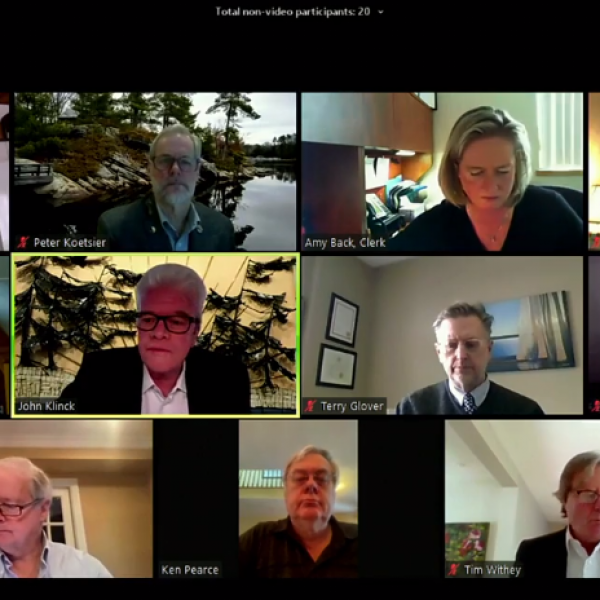 District Chair John Klinck released a statement today following a presentation was made by a member of the public at the District’s Municipal Modernization Committee meeting held on Monday, that contained racially insensitive remarks that Klink said were both inappropriate and contrary to our Community’s collective values and aspirations.

During the meeting, a member of the Muskoka Lakes Association compared the composition of District Council dominated by the three towns in District to the death of George Floyd and characterized the voting power of the towns over the townships and seasonal residents as having a knee pressed into their necks.

After the comments, Bracebridge Mayor Graydon Smith expressed his disgust saying that he was offended by how a small political squabble could be compared to the death of George Floyd.

Klinck said that as Chair of both that Committee and the District of Muskoka, he failed to honour his professional obligation and personal beliefs, and did not exhibit the appropriate leadership qualities by chastising the presenter for the remarks immediately.

Klinck finished by saying “Therefore, I offer my sincere apologies to the community, our council and committee for not having done so.”