At the April 13 Simcoe Muskoka health unit Covid-19 update press conference Dr. Charles Gardner, was asked if there was a possibility to begin reporting on high risk areas to provide another level of information to the public. The example of hepatitis A was given as occasionally health units release specific information on where an outbreak is taking place and the public is given the name of the business affected by the disease.

Gardner began by clarifying that the health unit has never named an individual publicly.

"We do all that we can to give people information they need to be able to protect themselves without violating privacy or confidentiality. We don't name patients, we have named premises certainly before but that's when we deem there is no other way to approach people directly who have been exposed but have high risk exposure. To date we've only done that for one particular location and that was early on, that was at one of the hotels where a case had stayed and spent a lot of time in and beyond that we've been able to contact people directly who have been exposed for all of the cases. We have been able to avoid speaking about locations," Gardner said.

His main message from this question, however, was to assume that "there is risk everywhere" and the virus could be anywhere and therefore "exercise caution about going out at all." Of course he also encouraged everyone respect the provinces restrictions at this time. While the doctor makes valid and important points perhaps it would be helpful for the public to know about outbreak areas as oppose to avoiding talking about locations, especially while our provincial officials are still attempting to get a handle on testing.

It's interesting that Ontario's public health units do not provide "hot spot" Covid-19 maps such as some US states have been doing. In Orange County Florida heat maps are available to the public. A media newsoutlet there reported that "as a way of keeping track of "hot spots" where the cases are spreading, they have released a 'heat map', which shows the total number of positive cases, as well as those persons who are being monitored or under investigation as a potential case." 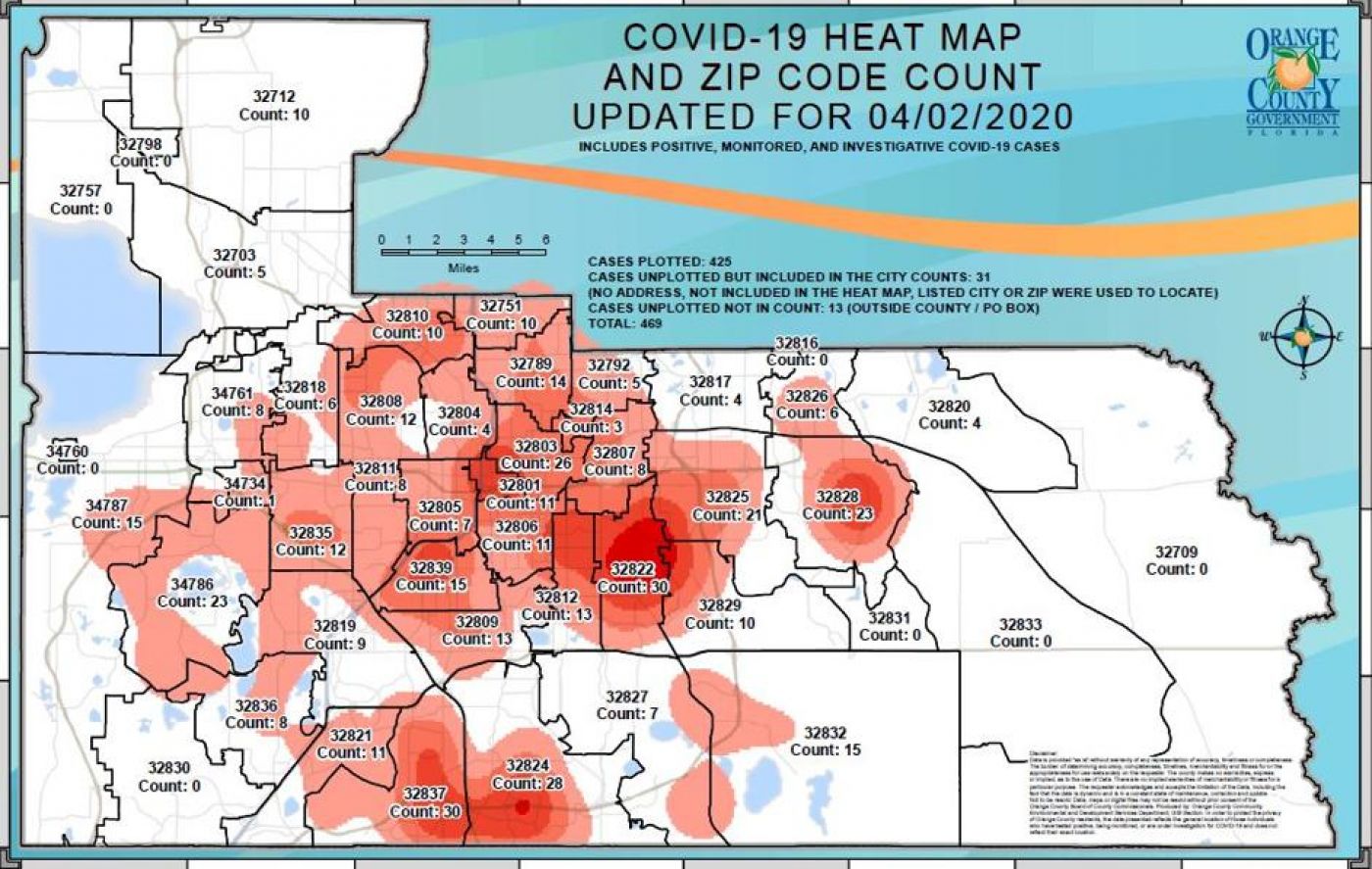 It seems in Canada some researchers have taken matters into their own hands regarding hot spot mapping and are beginning to compile self reporting data from app type platforms.

Global News reported today that COVID Near You and Flatten.ca are websites that map out confirmed and suspected cases of COVID-19 based on data reported from people in real time. According to the report "both sites use anonymous, self-reported data about symptoms and tests to narrow in on potential cases or outbreaks in communities."

John Brownstein is the chief innovation officer at Boston Children’s Hospital and professor at Harvard Medical School, he told Global News that "most data we get from public health is from interactions with health systems. So if you go see a doctor or you’re hospitalized, we get that information. But we know with COVID-19, the majority of illness is mild, and most of those people aren’t getting tested or getting seen by a doctor."

And that is precisely why hot spot mapping is so important. For starters, Ontario's testing is still lagging and is still working on a backlog. As a result any numbers that have been reported via public health units do not represent an actual true number of cases because up until this week Ontarian's were being advised that unless they are experiencing severe symptoms not to bother getting tested due in part to the low supply of test kits. So while most people would not expect the health unit to release personal individual info on a patient, knowing the location of a viral patient would be helpful in flattening the curve. I would imagine if you knew that a certain location is currently a Covid-19 hot spot you would think twice about leaving your house and going out, and therefore further assisting the flattening of the curve. Since most of the cases being reported over the last few days in Simcoe Muskoka have been either community acquired or close contact and Dr. Gardner has admitted that he foresees community acquired cases to rise in numbers in the coming weeks, wouldn't you want to know where exactly in the community not to go so that we contain the spread?

Testing has been promised to improve in Ontario for weeks now, and as Ford rages about molasses testing times and in reality is really failing to take proper leadership of his ministry of health as they struggle unlike any other province in this country to get a real grasp on their own bloated bureaucratic system, the fact that as recently as Friday Muskoka Covid-19 assessment centres were closed to the public does not help the testing numbers. During the height of a pandemic perhaps we could keep the burden off the hospitals, keep the assessment centres open daily and encourage self reporting to develop hot spot maps and actually stop the spread.