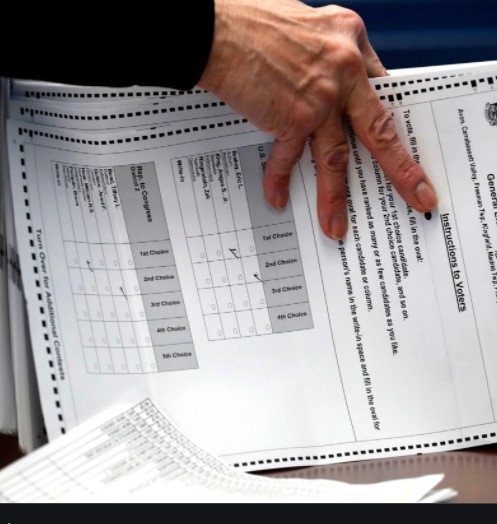 Posing a question on a municipal ballot is the easy part, making the results legitimate is a wee bit harder, Huntsville councillors were told at the Town’s November 24th general committee meeting.

A staff report explained that to put a question on a ballot for the 2022 – or subsequent – elections, it would need to be a matter the municipality has authority for, is not a matter of provincial interest, as well as being a firm “yes” and “no” question.

If council wants to put a question on the next election ballot, which requires a by-law passed by March 1, it must hold at least one public meeting on the matter and give at least 10 days notice of the intention to pass the by-law to the public and the Minister of Municipal Affairs.

The tricky part comes in terms of voter turnout. For a ballot question result to be binding, at least 50% of the eligible voters in the community must vote on it.

If that occurs, and the “yes” receives more than 50% of the votes, the result is binding. If over 50% vote “no,” then municipality cannot implement the matter which was the subject of the question for a period of four years following voting day.

Mayor Karin Terziano astutely noticed that with these rules in essence 25%, or just over 25%, of voters can control the result of a ballot vote since it only takes 50% of eligible voters to make the result legitimate.

Staff also noted that “if you do move ahead with a ballot question, and if the stipulations are met, it would be a requirement for the next council to follow through with.”