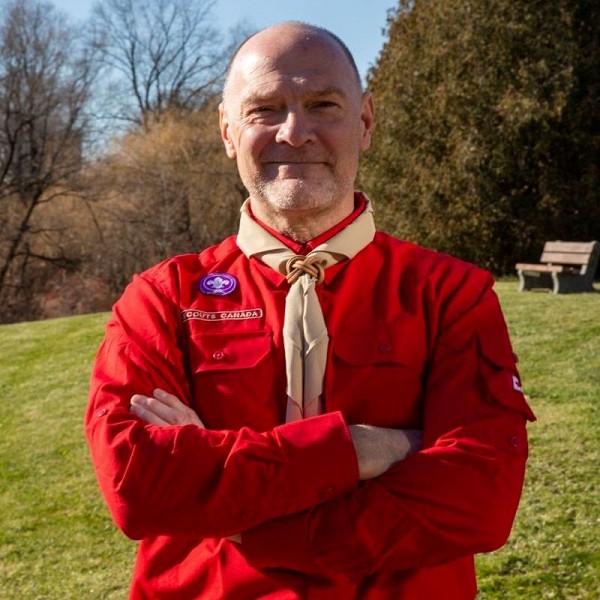 Stroud was officially welcomed during a special investiture ceremony at Scouts Canada’s Camp Samac in Oshawa, where Stroud also joined a group of excited Scouts in participating in a sneak peek of Scouts Canada’s winter outdoor skills challenge, which will launch at the end of January.

As Chief Scout, Stroud will serve as an ambassador for Scouts Canada nationally and internationally; attend major events including jamborees and award ceremonies; share his outdoor expertise through interactions with Scouting youth, volunteers and parents; and serve as a role model to motivate and inspire young members to pursue adventure, discover their interests and put their best foot forward on the trail and in life.

Andrew Price, Executive Commissioner & CEO, Scouts Canada said that “Scouting is an adventure-based program and Les is the ultimate outdoor adventurer. As our Chief Scout, he will play a pivotal role in enabling even more youth to get outdoors and discover their capabilities through Scouts.”

Stroud says “Getting outdoors can be a powerful tool to help build resiliency, positive self-esteem and a sense of curiosity and wonder. I look forward to encouraging more youth to experience nature’s benefits through fun adventures.”

Stroud is credited as the genre creator of “survival television” and star of the hit TV series Survivorman.