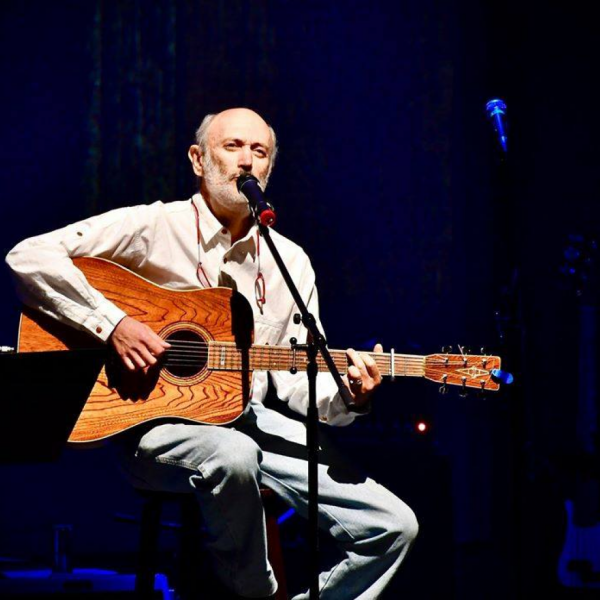 Jamie Oppenheimer self-identifies as a songwriter

Jamie Oppenheimer “self-identifies as a songwriter”. I imagine that he means by this, that song writing is central to the mission and purpose of his life’s work. He has often spoken of the validation that expression through song gives him. This is a strong central focus of his work. It could be said that in some regards Jamie’s work is therapeutic – cathartic for himself, revelatory for his listeners, of whom there are a great many.

Jamie Oppenheimer is a Katrine, Ontario based songwriter. He rarely performs live and unlike his peers who have spent years slogging it out in the taverns and local beer joints trying to make a place for themselves in music, Jamie has chosen a path less travelled. He prefers, as he states, to stay in the background creating the songs that singers sing. He is an accomplished guitarist with an astute command of the instrument, from which he generates his prolific song catalogue. By his own admission he has written in excess of some one hundred and fifty songs, which he has tried for years to submit for publishing. A native of Buffalo, New York, Jamie’s singing voice carries a hint of a distinctively New York lilt. Often his phrasing has a sardonic quality, for his observations in song sometimes, find a narrator somewhat perplexed and dumbfounded by the absurdity of societal behaviours and reactions.

Thematically, many of Oppenheimer’s songs are reflections of situations, or creeping norms, that he feels compelled to comment on. He is particularly astute to windswept, abandoned landscapes and perilous surroundings, as metaphors for the insight his songs provide. While many of his songs are carefully crafted, witty observations of external circumstance, he often draws inspiration and solace from his family and closest relationship, which through his songs reveal a tender, nuanced, emotionality. While the official body of his recorded work is limited, thus far to one full album - IMPOSTERS GAME, which I believe was released in 2016; he has been accumulating a group of successful single released songs. Imposters Game was produced by the local blues, rock savant, Juan Barbosa, who is worthy of expansive praise as a drummer, guitarist and singer. Barbosa is an extraordinary producer. Jamie’s songs tend to be riff based or bluesy, in overall construction, often marked by a kind of weariness and pensive sadness. Of course, with a song catalogue as vast as Oppenheimer’s, it would be unreasonable to categorize his material solely based on one album’s output. Jamie has in fact been busy recording with almost every producer in the area. Long awaited rumours anticipate his project with legendary producer Andre Wahl, credited for work with the likes of Pink Floyd, Duran Duran, KIM MITCHELL, Shania Twain, RUSH, Tom Cochrane, Alannah Myles. One of his tunes, "Deeper I Go Into Blue" was released to wide acclaim by Paul Lagendyk, who works exclusively with Andre Wahl. Recently, Jamie has been working on projects with Sean Cotton and he also has projects with local producers James Gray, Juan Barbosa, William Stewart, and Bobby Cameron, a guitarist, producer, and songwriter from Edmonton who is completing a new project of Jamie’s older material. This is a busy calendar. I would suspect that a collection of these works would be released soon. You can certainly find more of his music at: soundcloud.com/amieppenheimerongwriter.

With the recent events, Jamie has joined forces along with the legion of other musicians, offering live streams on Facebook and other social media. This has allowed Jamie a more intimate and frequent opportunity to present his songs in all their varied compositional components, so that listeners get to experience the breadth of his expression and gifts. You can subscribe to or find out more at his Facebook page, facebook.com/jamie.oppenheimer.3. On one of his most recent outings, Jamie offered a song, “Dead Man’s Clothes” written for his dear friend James Carroll, who was a principal creative force in the founding of local community radio station, Hunters Bay Radio, until his death in 2016. James Carroll was one of those remarkable, rare humans who could inspire you to strive for any height, no matter how much, or how little talent, you might possess. He just made you feel unequivocally blessed and gifted, to aspire to achieve your dreams. Certainly the impact he had on Oppenheimer’s lingering self doubt about his own prodigious gifts is testament to Carroll’s wonderful selfless wisdom – big clothes (or shoes) to fill, as some might say. In his song, Jamie alludes to the sense of mission he prides himself in fulfilling and following, for his much beloved mentor and friend.

Oppenheimer and his wife, Shauna Leigh Taylor, who is a media specialist, consultant, songwriter, and pianist, are intricate participants in the continued success and growth of Hunters Bay Radio. Many of Jamie’s songs have found their way onto the regional top twenty hits, sometimes two at a time – given that his current output far outpaces other local songwriters. He is also a radio producer and host of the very popular show, LYRICAL WORKERS, Thursdays 8-11pm, on CKAR 88.7FM. Among his many attributes, Jamie continues to help and provide assistance to many less fortunate and he is deeply involved in many local musical careers, events and activities. His willingness to help out with time, service and a lending hand, bear witness to his nature and empathic sensibilities. While he may consider the goal to be a ‘songwriter’ central to his identity; many who know him closely would attest to qualities and characteristics far more profound. Songs are only a small fraction of his being.

Find out more on Jamie Oppenheimer at: