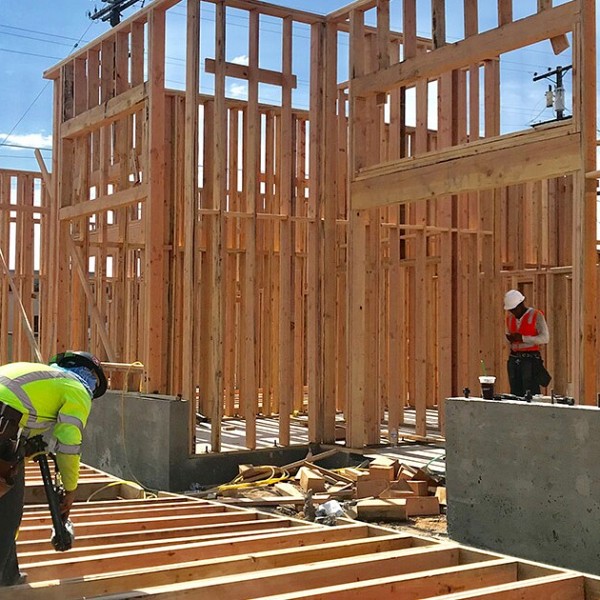 A community land trust model of smart-value housing – also known as attainable or affordable housing – could soon be coming to Huntsville and other parts of Muskoka.

Representatives of the Muskoka Community Land Trust are visiting councils throughout the District of Muskoka to explain the benefits of a land trust, as well as asking for land and funding donations.

Representatives of the land trust, Christopher Stevens and Suzanne Martineau, spoke to Huntsville councillors at the December 15th general committee, explaining that there are currently over 30 land trusts successfully operating in Canada.

A community land trust is a non-profit corporation that holds land on behalf of a place-based community, while serving as the long-term steward for affordable housing, community gardens, civic buildings, commercial spaces and other assets.

“In Huntsville’s OP, the Town has agreed to work with the District in achieving a smart value housing target of 25% of all new residential units,” he says. “The town recognizes an immediate need to increase the supply of ‘smart value’ housing, also known as ‘attainable’ or ‘affordable’ housing in our community.”

“It would create housing ideally for target populations,” says Stevens. “People made most vulnerable by the housing crisis in our town and in our district.”

The land trust achieves this by getting support from both private and public entities in the form of financial and land donations. One example is to create several buildings within a small home neighbourhood project.

They will work with builders to build the homes that are then purchased by qualifying individuals and families, who can build their own equity.

Coun. Bob Stone asked for a scenario to explain the share equity part of the ownership process.

In this example, Martineau says the buyer lives in the house for five years and the value of the home on the open market rises to $245,000.

Martineau adds: “we’re basically controlling resale costs. That person or family who had barriers to home ownership can now own something and benefit from that.”

The Muskoka Community Land Trust is asking each lower tier municipality as well as the District for contributions to their three-year operational funding, which would see each municipality provide $10,000 annually and the District donate $60,000 each year.

They are also asking to see a list of potential lands in serviced non-rural areas which could be used for housing development.

Jonathan Wiebe says he is very supportive of the initiative, but wondered about financing for the individuals.

Asks Wiebe: “If the CLT is looking at raw land, how would people be able to acquire financing to build? How would it work with smaller houses? How would they get a mortgage in this type of scenario where they don’t own the land?”

Martineau says, to her understanding, there are financial institutions that will lend for homes built under the land trust model.

“We would be working with cooperatives like Kawartha Credit Union,” says Martineau. “When we put a project together we would have to do a fairly strong capital campaign, work out all the details of the budget of that project and then what the land lease would look like. Then when we get those numbers organized, we would approach different lenders in that scenario.”

In this case, the land trust is involved in the coordinating the finances and budget with the project.

Suzanne: “We would be looking at it as a project base, not one home at a time.”

Without making a firm commitment of funding or lands, Huntsville Council has agreed to support the ask in principle.

Council also directing staff to work with the Muskoka Community Land Trust to identify the usage of the requested funding, potential lands for donation, and investigate potential partnership and grant opportunities.