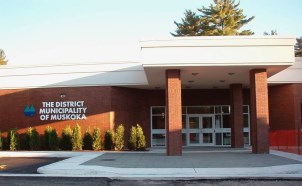 Kilbourne added, “The goal was to reach community partners, which was 75% of participants, including staff, the board, charity volunteers, associations, and residents.”

60% of participants completed the survey about the training afterward, with 100% saying it was “outstanding or good” said Kilbourn, adding that “87% would sign up for further training.”

99% of the comments written to the District were positive, with feedback such as, “Tax dollars well spent. Thanks!” said Kilbourn.

The training has reached over 1000 people across Muskoka since 2019.

Kilbourne emphasized, “The most important lesson for staff…value inclusivity.”

2023 will include a budget for the training and a committee with new councillors.

Councillor Steven Clement praised the success of the training, saying, “It’s a good feeling of how projects are utilized, and successful, and how they are received, and will be successful in the future.”