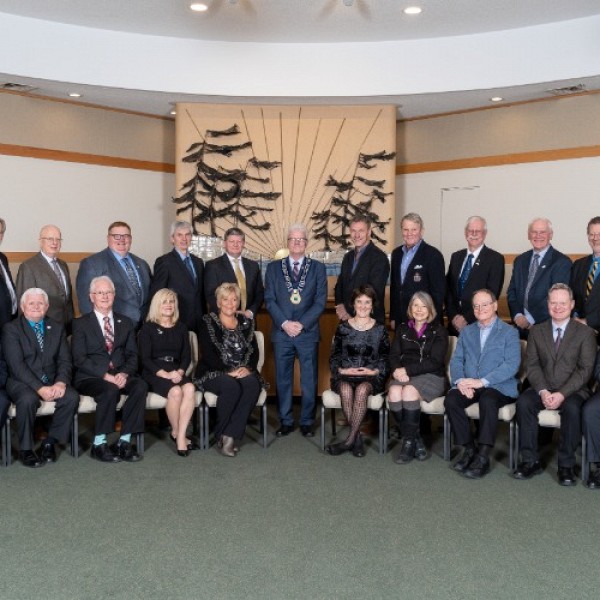 The District of Muskoka chair, deputy chair, and councillors for the next four-year council term are looking at annual increases in base pay rate.

While still to be approved at the next council meeting, the District Finance and Corporate Services Committee has recommended incremental increases in salary for each of those positions.

The pay increases were determined based on comparing renumeration rates for the same roles in the District of Muskoka; Region of Niagara; County of Oxford; County of Peterborough; County of Simcoe; and County of Wellington.

Originally brought forth at the December committee meeting with only one option, staff were directed to bring back other choices for council to consider.

Finding a median pay rate, the option with an increase slightly lower than the median was selected from four options.

Huntsville Mayor Karen Terziano wasn’t impressed with most of the options. She points to the lower tier renumeration average in Muskoka of $23,654 per councillor and the fact that District councillors receive pay from both tiers.

“The way I’m looking at this is I’m not in favour of seeing a District councillor’s pay be significantly greater than that of a lower tier councillor,” she says. “It’s my belief that the lower tier councillor has more on their plate, probably does more . . . When I look at the pay rate in Huntsville ($22,335 for a councillor), I don’t believe the District pay rate should be much more than that.”

Meanwhile, several committee members felt the option they selected was a good compromise and took into consideration some of the comparable communities have larger populations than the District of Muskoka.

“I tend to agree that option 3 addresses a couple of realities, in terms of the workload of councillors, in term of what is going on at the lower tier level,” says Bracebridge Mayor Graydon Smith. “But it also recognizes the value of being a councillor in Muskoka.”

The committee also voted to add an annual increase of $2,000.00, paid in 12 monthly portions of around $166.66, for the Chairs of the District’s four standing committees.

These increases still need to be approved by council at their February regular council meeting.