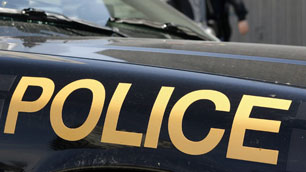 The Huntsville OPP arrested and charged a 37 year old Huntsville man with causing a disturbance and weapons offences on Monday.

Police say that at approximately 10:51 p.m., they were called to a man identified as Justin Snow causing a disturbance and carrying a pocket knife in his hand on the corner of Main and Centre Streets at the Post Office, in Huntsville. Police say Snow was yelling and making threats.

OPP says that Snow appeared to be intoxicated and did not comply with their request and commands in the initial attempts to arrest and take him into custody.

Snow was eventually arrested without incident and in possession of a exacto knife with a 6 inch blade.

Snow has been charged with:

-      Possession of a weapon for a dangerous purpose

Snow was released from custody on an Undertaking and is scheduled to appear in a Huntsville Court on May 19, 2021